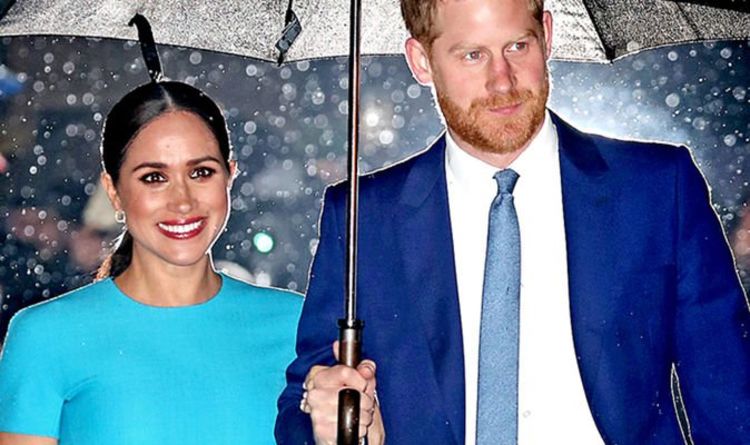 Phil Dampier, author of Royally Suited: Harry and Meghan In Their Own Words, said they often leaked news to the media via their spokesperson rather than announcing it themselves. He claimed they did this to paint a flattering picture of themselves on social media but it instead looked “manipulated and contrived”.

One example of this was how news that the couple “privately congratulated” the Duke and Duchess of Cambridge on their 10 years of marriage came from sources rather than them directly.

Mr Dampier told the Sun: “The Queen and Prince Charles made their messages of congratulations to William and Kate on their tenth anniversary in public so why didn’t Harry and Meghan?

“Instead they relied on their spokespeople leaking out the fact they sent a message, making it look manipulated and contrived.”

He spoke as heavily pregnant Meghan, 39, made her first TV appearance since her explosive Oprah Winfrey interview alongside Harry in March.

She added: “With the bench she was sitting on looking suspiciously like a plug for her new book, Meghan’s body language at the start looked as serene and static as the large cushion beside her, but with a small self-comfort thumb-rub gesture to suggest some inner nerves, too.”

In a post on their Archwell Foundation’s Instagram page, Meghan wrote: “My husband and I are thrilled to soon be welcoming a daughter.

“It’s a feeling of joy we share with millions of other families around the world.

“When we think of her, we think of all the young women and girls around the globe who must be given the ability and support to lead us forward.

“Women, and especially women of colour, have seen a generation of economic gain wiped out.

“Since the pandemic began, nearly 5.5 million women have lost work in the US, and 47million more women around the world are expected to slip into extreme poverty.”