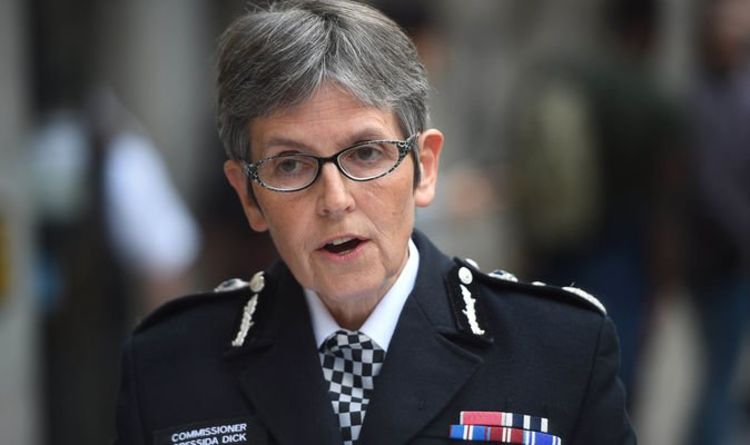 Metropolitan Police commissioner Dame Cressida Dick was accused of “lack of candour” and obstructing an independent panel. Panel chairwoman Baroness Nuala O’Loan said a catalogue of failings in the case had been denied or covered up and the force’s prime objective had been to “protect itself”. Her blistering verdict came as Home Secretary Priti Patel called the Morgan case “one of the most devastating” in the Met’s history.

She has demanded a response from Dame Cressida to the panel’s recommendations and wider issues in its 1,200-page report.

Mr Morgan’s brother Alastair said Dame Cressida, 60, should “absolutely” be considering her position, but Prime Minister Boris Johnson was quick to say she retained his confidence.

Father-of-two Mr Morgan, 37, was killed in the car park of the Golden Lion pub in Sydenham, south London, in 1987.

Despite five police inquiries costing at least £30million and an inquest, no one was brought to justice.

Dame Cressida apologised to Mr Morgan’s family, but insisted the panel was given full co-operation.

Ms Patel said the report found the Met was guilty of a “litany” of mistakes that “irreparably damaged” the chances of a successful prosecution. She said: “This is one of the most devastating episodes in the history of the Metropolitan Police.”

Mr Morgan’s family said: “We welcome the recognition that we – and the public at large – have been failed over the decades by a culture of corruption and cover-up in the Metropolitan Police.”

The panel said: “The family of Daniel Morgan suffered grievously as a consequence of the failure to bring his killers to justice, the unwarranted assurances which they were given, the misinformation which was put into the public domain, and the denial of failings in investigation.

“Concealing or denying failings, for the sake of the organisation’s public image…constitutes a form of institutional corruption.”

The initial murder probe was seriously flawed. The scene was left unguarded and no alibis were sought for all the suspects.

The report said: “From the beginning, there were allegations that police officers were involved in the murder and that corruption by police officers played a part in protecting the murderer(s) from being brought to justice.”

Officers trying to report failings were “ostracised, transferred to a different unit, encouraged to resign, or have faced disciplinary proceedings”.

Dame Cressida was criticised for her initial refusal to allow the panel team access to the police data system.

She said: “It is a matter of great regret that no one has been brought to justice and that our mistakes have compounded the pain suffered by Daniel’s family. For that I apologise again now.”

Met assistant commissioner Nick Ephgrave said: “I’m angered and saddened, not just as a police officer, but as a member of society, that the actions of individuals undermined the original investigation.”

A £50,000 reward is still on offer for information leading to the successful prosecution of those responsible for Mr Morgan’s murder.