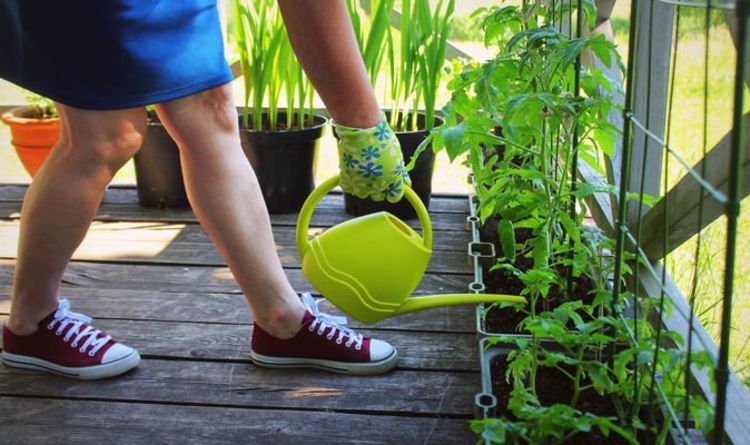 Six in 10 18-to-34 year-olds (58 percent) have been growing fruit and veg at home over the past year – more than any other age group. Wanting to save money (32 percent), help the environment (23 percent), be more sustainable (28 percent) and eat more fruit and veg (15 percent) are behind the trend. And the most popular items to grow are tomatoes, herbs, and strawberries, followed by carrots and runner beans.

However, the study by Linda McCartney Foods, which turns 30 this year, found 70 percent of adults want to grow even more produce at home but are unable to.

The biggest barrier is lack of space (27 percent), with half of adults – including 66 percent of 18-to-34 year-olds – wishing they had a bigger garden area.

Another 13 percent simply wish they had a garden – with young adults again suffering more than other age groups in this respect – 23 percent compared to nine percent.

In order to help people like these, the vegetarian food company has announced its ‘Grow Your Own with Linda’s’ initiative to coincide with National Vegetarian Week and its 30th anniversary.

The scheme will see ‘growing spaces’ built in urban areas throughout the country, while a Grow Your Own Guide will be available on the Linda McCartney Foods website in the coming weeks.

Paul McCartney said: “We’re so pleased to bring this initiative to people across the UK and continue the legacy of kindness that Linda set out with for her veggie food company, 30 years ago.

“Linda aimed to show that being kind didn’t mean having to compromise on eating delicious food.

“Through this project, we hope we can empower more people across the UK to try growing, and eating, their own.

The study also found two thirds of adults enjoy growing so much they would happily live off their own home-grown foods if they could.

It also emerged 72 percent believe growing your own food produce is good for mental health, and 68 percent agree it also encourages you to have a better diet.

Other benefits to home-grown food include giving you a reason to get outside (52 percent) and being more ethical than some mass produced foods (29 percent).

However, the study carried out through OnePoll found two thirds (66 percent) would like to have greater fruit and veg growing knowledge – with those aged 18 to 34 especially keen (77 percent).

Further to this, 32 percent of all adults have little in the way of greenspace where they live, while 37 percent often struggle to find somewhere they can go to switch off.

Expert grower and gardener, Diarmuid Gavin, who is offering his expertise on the project, said: “This has been such a great initiative to be involved with especially at a moment when the outdoors and nature has become even more precious in lockdown.

“I hope the Grow Your Own Guide can be an inspiration for people in flats, tower blocks and without much outdoor space to see just how much they can grow with their own hands and a few recycled containers.”

Almost half of Brits (46 percent) revealed their passion for growing produce at home has increased during the last 12 months.

And while the most popular place to grow produce is the garden (65 percent), other notable locations include the kitchen (27 percent) and the bathroom (11 percent).

One in 10 (11 percent) have also turned their balconies into an area for cultivating fruit, veg and herbs.