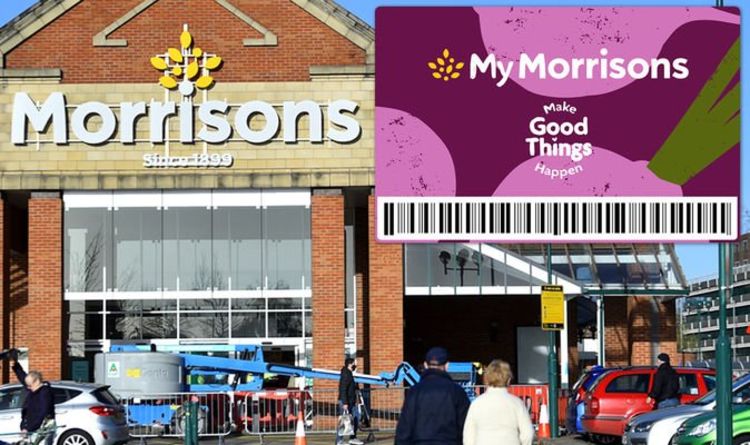 In the coming weeks, new features will be launched including the opportunity for customers to give back to the community and “Basket Bonus” surprise rewards.

Waseem Haq, Head of Digital Marketing at Morrisons, said: “The launch of My Morrisons enables us to make good things happen for our customers, rewarding them with instant offers every time they shop at Morrisons.

“Over the last 12 months, we have seen more and more of our customers use our apps and online services and are so excited to be launching the new My Morrisons app today for customers.”

The My Morrisons App can be downloaded from the Android or Apple store and then swiped in store to redeem rewards.

Customers were first informed about the changes at the beginning of this year.

Under the previous loyalty programme, customers received five points for every £1 spent on groceries.

5,000 points were worth a £5 voucher which could be spent in store or online.

However, Morrisons scrapped the point system today, meaning yesterday was the final day for customers to collect points.

Morrisons has said customers have until August 9 to redeem any unclaimed £5 vouchers.

They will then have 56 weeks to spend the voucher.

In other loyalty scheme news, Tesco recently warned customers about an upcoming change to its Clubcard.

When the pandemic hit last year, many customers were left unable to use their vouchers due to the lockdown.

Vouchers which were due to expire in February 2021 will also now last until August this year.

The Queen looks ‘radiant’ in floral dress for latest appearance at...