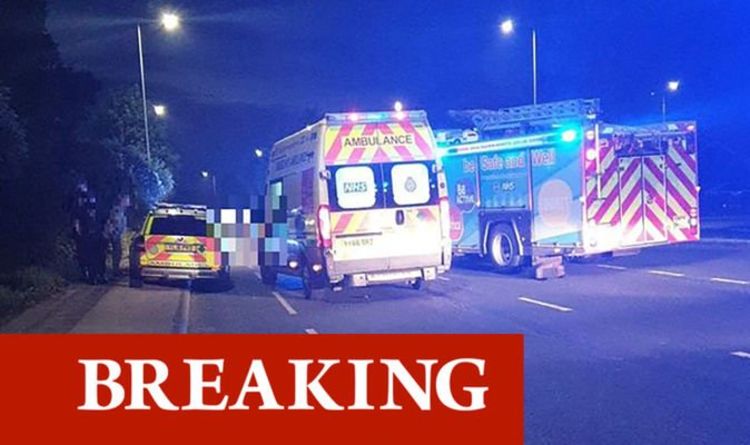 Emergency services dashed to the junction on the A1079 Beverley Road by Dunswell, near Hull, at around 10.40pm on Thuirsday night. It’s said the rider of the Kawasaki motorcycle “collided with the pedestrian” near a car showroom.

Both men died at the scene and police investigated the crash overnight, Hull Live says.

The road was closed and reopened at 7am today.

“We were called to A1079 Beverley Road, Hull after receiving reports that a motorbike had collided with a pedestrian.

“A Kawasaki motorcycle is believed to have been travelling on Beverley Road towards the Dunswell Road roundabout.

“The rider of the motorcycle passed the Skoda garage close to Dunkeld Drive before colliding with the pedestrian near the junction for Evergreen Drive, Hull.

“Sadly, despite the efforts of emergency services both the motorcyclist and pedestrian suffered fatal injuries and died at the scene.

“The families of both men are now being supported by specialist trained officers. Our thoughts are with the men’s families at this sad time.”

The A1079 is a major trunk road which connects Hull with Beverley, around 10 miles north west in East Yorkshire.

Police said last night that, although the accident happened late into the evening, it caused heavy traffic on alternative routes through the Bransholme and Wawne areas of Hull.

Bus routes were diverted in and out of the city.