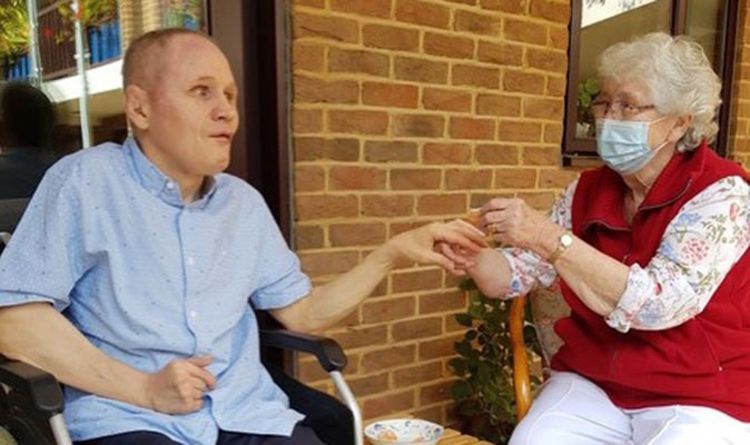 But it was wrong and for 22 months he remained untreated for the dangerous condition, potentially giving him long-term damage. Doctors even took him off his vital low-protein diet for 15 years – as then they were unaware how dangerous that could be. Now aged 51, Dougie is in a special care home unable to speak, with restricted movement due to PKU-exacerbated infections. Mum Amy, 83, told the Daily Express the helplessness felt by Call the Midwife characters facing PKU was how she felt then too.

She explained: “The anguish and hardship and heartbreak Call the Midwife shows is exactly how we felt back in the 1970s.

“Luckily the knowledge, diets, PKU food and treatments like Kuvan around now are so much better.

“But back then we fear damage was done to Dougie without us, or sadly even doctors, knowing.

“Being taken off his low-protein diet for 15 years did more harm as well as not being diagnosed until 22 months old.”

After being diagnosed and put on a low-protein PKU diet Dougie became very active and had fun.

Amy added: “We had good times and Dougie. We did our best to give him a happy active childhood.

“But he would suddenly fly into a big paddy or bang his head against the wall. No-one seemed to have a remedy.”

Dougie was taken off his diet aged six as few doctors realised then it must be a strict diet regime for life.

And as a teenager the family realised he needed professional full time care in a specialist home.

She added: “I realised crunch time had come. Dougie left home in 1978 and even now I cry when I think of it. The house seemed so quiet.”

When he was 21, Amy insisted he be returned to his diet after reading that sufferers taken off their PKU diet can be harmed and suffer mood swings.

Amy explained: “By 1990 there was more knowledge about PKU and ready-made protein-free foods available on prescription.”

Now Douglas lives in 24-hour care, communicates by signing but is happy and content and loves his PKU diet meals.

But the pandemic means he last saw his mum in October, with widowed mother-of-two Amy telling us: “Care for PKU is far better now.

“But there are still many people who are unaware of the condition – even social care and medical professionals.

“Hopefully this BBC Call The Midwife show will help with public awareness as well as showing how tough the PKU life was back then.”

GB news: Boris facing ‘witch-hunt’ as Left want his ‘head on a platter’ over partygate

GB News: Calls made for England to separate from the UK – ‘Why wait to be jilted?’