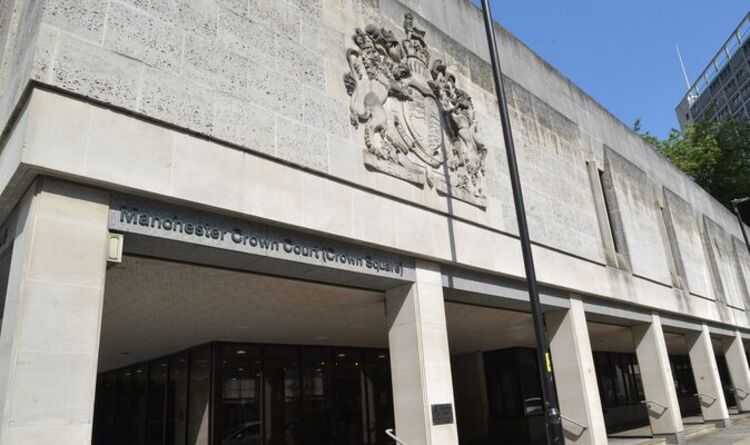 Ryan Connolly, 37, is also accused of using his mobile phone to copy police documents and take pictures of individuals the officers were dealing with. The photos at the murder scene were not of victim Daniel Gee- Jamieson, 16, but allegedly of Connolly sunbathing while on duty at the police cordon.

Daniel’s grieving mother Mandy Jamieson – who found her son covered in blood in the park – later spoke of her horror at hearing the allegations against Connolly.

Talking about her son’s murder, Ms Jamieson said: “The damage it has done to my family is horrific.”

His mobile phone was seized during an anti-corruption investigation by Merseyside Police in 2020 and the images allegedly discovered.

Connolly resigned from Merseyside Police before a misconduct hearing last November. It identified three breaches of professional standards and he now faces criminal charges over the alleged images.

Connolly was tasked with securing the crime scene in July 2018 after Daniel was stabbed in Liverpool.

He was knifed to death by Owen Cousins, 17, in front of up to 30 youths in a park in Gateacre. During the confrontation, Cousins stabbed the teenager with a lock knife in his thigh, causing catastrophic bleeding.

His mother found him “lying on the floor, covered in blood” and as she held him, he said: “Mum, I just want to go to sleep.”

The teenager died later in hospital. In March 2019 Cousins, of Belle Vale, Liverpool, was cleared of murder at the city’s Crown Court but convicted of manslaughter and jailed for 11 years.

At Tuesday’s hearing, Connolly, of Liverpool, spoke only to confirm his name and address. He was ordered to appear at Manchester Crown Court today when he will enter a plea.

Locked up in Bristol: The people in court alongside their family members

How Meghan Markle’s style has changed after ‘more separation from the...