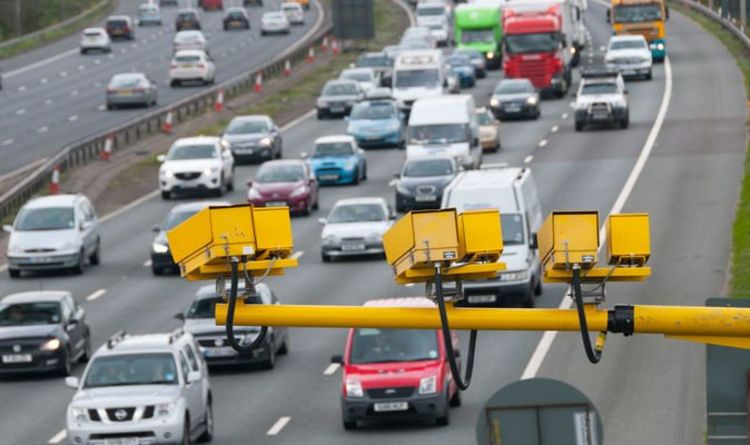 The RAC says cameras would be “very effective” at reducing speeds and could help with “controlling traffic flow”. These cameras are used on a number of A-roads but are not widely installed on motorways.

Currently, the average cameras are only used in sections that have roadworks or temporary restrictions.

However, new analysis from the RAC Report on Motoring found more than half would like to see them introduced more generally along the motorway network.

The average cameras measure speeds between two different cameras rather than at a single location like traditional enforcement tools.

A total of 58 percent of drivers surveyed for the report said average speed cameras would be the best method for ensuring compliance on high-speed roads.

This is because road users would not be instantly punished for a “momentary transgression” when behind the wheel.

He said: “We believe drivers see these cameras as being very effective at reducing speeds over longer distances and controlling traffic flow as well as being fairer than fixed position ones as they aren’t instantly punished for a momentary transgression.

“Our research shows speed limit compliance on all types of road has improved on previous years.

“But as our study was carried out during the pandemic we suspect this has partly been brought about by the reduction in the number of journeys carried out for the purposes of commuting – or for other business purposes – where drivers feel greater time pressure and may be more tempted to break the law by speeding.”

However, almost one third said they thought it was safer to travel faster than 70mph.

He said: “Despite more than half of drivers admitting to regularly exceeding the 70 mph speed limit, road safety statistics clearly show that motorways are our safest roads.

“With so many motorists admitting to driving much faster than they should on the motorway, it was interesting to see such strong support for average speed cameras to be used more widely to enforce the 70 mph limit as opposed to just in roadworks, as is currently the case.”

Vegetable surplus: Two popular recipes for cooking cauliflower – how to...

Dad in court charged with murdering daughter, 19, who was struck...

Have your say: Will Tory MPs regret kicking Boris out –...

Vegetable surplus: Two popular recipes for cooking cauliflower – how to...

Dad in court charged with murdering daughter, 19, who was struck...

Have your say: Will Tory MPs regret kicking Boris out –...