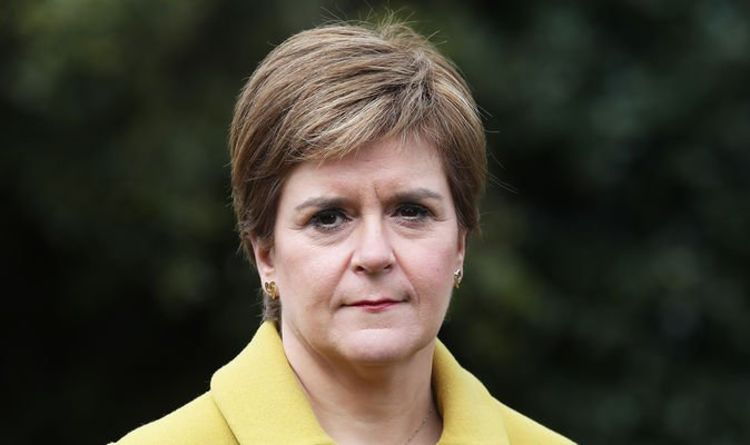 The SNP failed to secure an absolute majority in the Scottish parliament but is vowing to push ahead with her independence plans. However Douglas Ross, Scottish Conservative leader, has ruled another referendum could be judged illegal by the Scottish government’s chief legal officer.

This was granted in 2014 with the SNP going on to lose the referendum by 55 percent to 45 percent.

However unionists are arguing now isn’t the time for another public vote.

Speaking at a press conference Mr Ross said he expects Lord James Wolffe, the Lord Advocate, to intervene if another referendum bill is tabled.

He said: “It is not within the competency of the Scottish Parliament to hold another independence referendum.

“In 2014 we had the gold standard, which was one which secured a section 30 Order.

“I would expect the holder of the Office of Lord Advocate to uphold the competency of what the Scottish government can and cannot do.”

Ms Sturgeon has insisted there will be another independence referendum during this Scottish parliament term.

“Nicola Sturgeon is jumping many steps ahead to distract from issues within her own party and the disappointment of many SNP members that she has again failed to secure the majority.”

Whilst nationalists got more seats unionists are pointing out pro-UK parties got more constituency votes in total.

Ms Sturgeon has warned the dispute could end up in court if the British Government is disruptive.

Speaking to Sky News she said: “If we end up in court it would be because we have a UK government that refuses to accept Scottish democracy.”

He commented: “We’re not going to go there.

“What I’m going to do is to make sure we do everything we can to concentrate our focus on recovery.”

Senior SNP figures have suggested another referendum could be held even without British Government consent.

However if this happens Mr Ross argues unionists should boycott the poll.