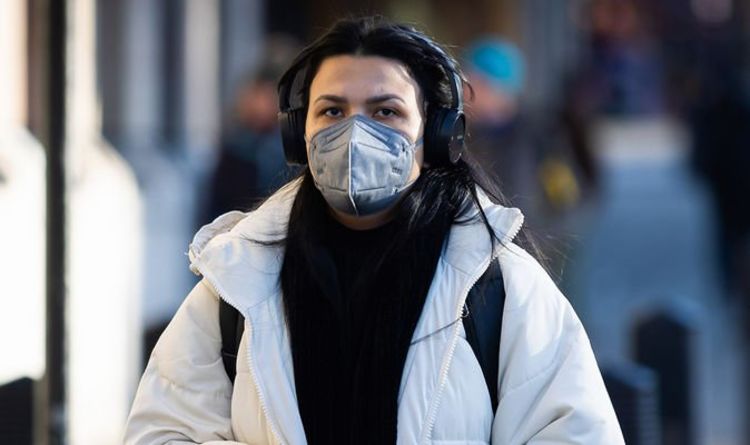 The new Omicron strain, the BA.2, has been deemed a variant under investigation (VUI) by the UK Health Security Agency (UKHSA) as it showed similar properties to the original Omicron strain of the coronavirus. While its impact is yet unknown, experts worry it may lengthen the current wave, which is already feeling the pressure of the hike in cases in primary school children.

With the return to school has come a growth in Omicron infections among children, and scientists from Imperial College London and Ipsos MORI have warned this could lead to another surge in adults.

Results from the government-backed REACT-1 study, based on more than 100,000 random tests across England, show the infection rate in primary school-age children was 7.8 percent — and rising — from January 5 to 20.

In adults, by contrast, infection rates were significantly lower — and falling — with over 75s, at 2.4 percent, least likely to have Covid.

READ MORE: ‘Stealth Omicron’ symptoms: Are the signs of the new variant different to existing Covid?

Professor Paul Elliott, director of the REACT programme from Imperial’s School of Public Health, said: “There is good news in our data in that infections had been rapidly dropping during January, but they are still extremely high and may have recently stalled at a very high prevalence.

“Of particular concern is that there is rapidly increasing prevalence among children now they are mixing more following the start of the school term and, compared with December, prevalence in older people aged 65 and over has increased 7- to 12-fold, which may lead to increased hospitalisations.

“It’s therefore vital that we continue to monitor the situation closely to understand the impact of the Omicron variant, which now makes up almost all infections in the country.”

While it has not yet caused as much concern as Delta and the original Omicron variant, the agency has asked officials to monitor it closely.

Professor Oliver Johnson, director of the Institute for Statistical Science at Bristol University, said: “Probably one to keep an eye on rather than panic about at the moment, but still potentially annoying.”

Writing on Twitter, he added: “It may mean things being a slog in the ‘1,000 to 2,000 [hospital] admissions’ range for longer than we’d like, so we can’t start to make inroads into waiting lists as a result.”

Dr Meera Chand, Covid incident director at UKHSA, claimed: “It is the nature of viruses to evolve and mutate, so it’s to be expected that we will continue to see new variants emerge as the pandemic goes on.

“Our continued genomic surveillance allows us to detect them and assess whether they are significant.

“So far, there is insufficient evidence to determine whether BA.2 causes more severe illness than Omicron BA.1, but data is limited and UKHSA continues to investigate.”

The new Omicron strain was thought to be in at least 40 countries as of last Friday, including the UK, with some 426 cases since the lineage was first designated in December.

Gardeners must mow lawns ‘weekly’ in June to ‘reduce stress’ on...