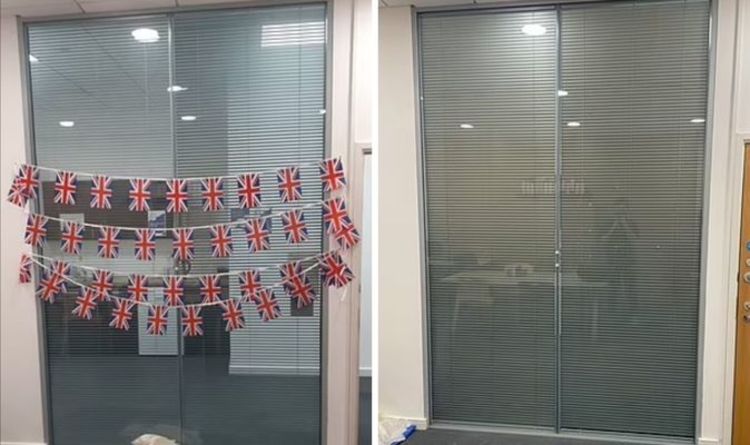 Bryn Roberts, head of law and governance at North Tyneside Council, wrote to Councillor Sean Brockbank, leader of North Tyneside Conservatives, about the Union flags hanging in the Conservative Group Room. In his message, reported by Guido Fakes, Mr Roberts insists the patriotic bunting was “not an appropriate use of the room” and “risks becoming an overtly political matter”.

He adds that he will “make arrangements” for the Union Jack decorations to be taken down.

Mr Brockband reportedly wrote: “Hi Councillor Brockbank – whilst delivering post today, it was noted that the above pictures, together with a quantity of Union Flag bunting, has been erected in the Conservative Group Room.

“This is not an appropriate use of the room (and risks becoming an overtly political matter in an apolitical venue), so I will make arrangements for them to be removed at the end of the day.

“I would be grateful if you could reinforce to your group that the facility is provided within a publicly funded building and, as such, should not be used in this fashion. Kind regards, Bryn.”

A spokesperson from North Tyneside Conservatives said it was “astonishing” that the bunting was not allowed in the room.

The spokesperson told the Daily Mail: “The Union Flag is part of our national identity and is indeed flown in government buildings up and down the country – it is astonishing that this is not allowed in North Tyneside.

“The flag is one of the most recognisable symbols of the UK across the world, people look to it as a sign of hope and freedom – we firmly believe it should be flown, and indeed displayed with pride.”

Twitter users reacted with fury to the council’s ban on the Union Jack bunting.

Another said: “How is it political it’s our national flag isn’t it how utterly disgraceful.”

He fumed: “Google Street view looks like they have the Union Jack flying outside the North Tyneside Council.

Jacob Rees-Mogg blasted for being one of the only MPs not...

Jacob Rees-Mogg blasted for being one of the only MPs not...