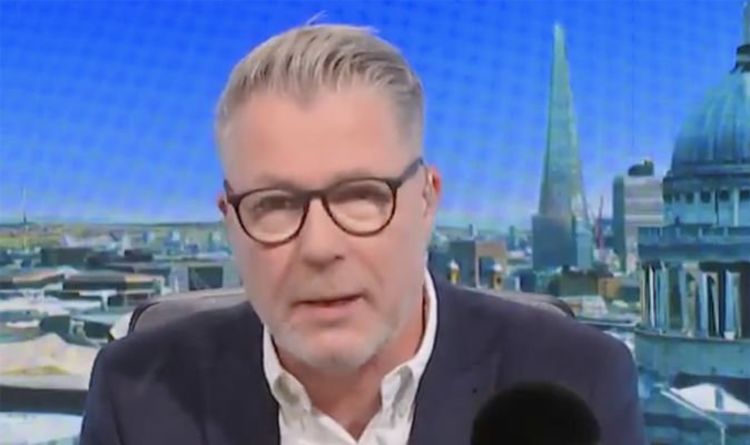 He told listeners: “It was a great night, a fantastic result. I loved it. Thank goodness it never went to penalties.

“Then, I was looking online at some of the comments and reactions and I went down the proverbial rabbit hole.

“Have a listen to some of these reactions, on the back of England winning a football match.”

Another stated: “Anyone who paints their face in the St Georges flag should probably be arrested before they enter the ground.”

Mr Collins added: “Here’s another – ‘Nobody told there was a klan convention going on in Wembley last night’.

“Why does English pride somehow invite that kind of response?

“I’m aware this is a minority of responses, but they are loud.

Traffic came to a standstill at Piccadilly Circus in central London when fans blocked streets and climbed on telephone boxes.

The Met Police confirmed that twenty people were arrested in London following celebrations.

The police said the arrests were for offences including common assault, public order and assault on police.

The fans were rejoicing in what will be the Three Lions’ first appearance in the final of a major tournament since the 1966 World Cup.

High cholesterol symptoms: The subtle sign that shows up when walking...