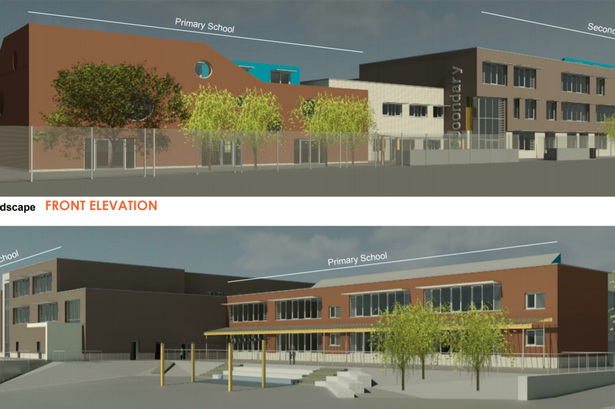 Parents are said to be “distraught” after plans to open a new secondary school near Bristol in September were pushed back by at least a year, leaving them with just a few days to find an alternative school for their children.

Lyde Green Secondary School was scheduled to welcome its first pupils this year, with the new school forming part of the housing development in the Emersons Green area in South Gloucestershire.

But on Tuesday (January 18), it was announced that the school’s opening would no longer be going ahead as planned.

An update issued to parents by South Gloucestershire Council and the Olympus Academy Trust, which will run the school, confirmed that they are now planning to open the new building in September 2024.

While the school has not yet been built, the plan was for the first students to study temporarily at Winterbourne Academy while construction took place, before moving to the permanent site in Lyde Green in September 2023.

But a spokesperson for the council said that this is no longer possible because of significantly escalated costs and delays in the construction process, while a letter sent to parents adds that the council does “not want students to be educated in temporary facilities for any longer than necessary.”

But parents are reportedly unhappy after having to find a new school just days before the deadline for secondary school preferences on Monday (January 24).

Councillor Matt Palmer, who is among those representing Emersons Green on the town’s council, says that the u-turn has left some parents “distraught”.

He said: “It’s awful for these parents. I’ve spoken to a couple of parents who are absolutely distraught to the point of tears.

“Now some parents have got children that are going to be going to different schools than their siblings. It’s really not a good situation for people to be in.

According to the council, 197 families indicated the proposed Lyde Green Secondary School as one of their three preferences, and 60 of those were first preferences.

It comes as the council says there is “growing demand” for school places in the area, while in 2019 Bristol Live reported that an unexpected high number of children being “generated” by the fledgling housing development plans was creating a squeeze on school places.

And Cllr Palmer says that the [South Gloucestershire] council have “massively let down” children and parents in the area, and he says they need to make it clear how they will support pupils.

“I think they need to come out and say what they intend to support, whether they put extra funding on, put extra classes.

“It’s just very strange as to why they couldn’t stick with what was planned,” he said.

He has started a petition addressed to local MPs Luke Hall and Chris Skidmore, as well as education minister Nadhim Zahawi, calling for Lyde Green to be given the “school it needs”. The petition has attracted more than 200 signatures so far.

A letter written to parents from South Gloucestershire Council says that “interim arrangements” may be possible for Lyde Green Secondary School’s pupils in September 2023, although it does not say what these arrangements could be.

The letter adds: “Every effort is being made so that we can confirm the earliest completion and opening date for the permanent school site”.

And a letter sent by Olympus to parents on January 18 says that they are offering a one-year increase in Year 7 numbers at Winterbourne Academy to make up for the delays.

“We feel frustrated for the families who have applied for places in Year 7 but the prospect of two years in temporary accommodation would not be ideal,” it adds.

A council spokesperson said: “Given the growing demand in the local area for school places and that the Council and Department for Education (DfE) were confident that there was sufficient time in the programme to be able to reach agreement on the delivery of the new school building, it was considered appropriate at the time of the admission event to move forward with the planned September 2022 opening, albeit in temporary accommodation.

“However, costs have escalated significantly and delays in the construction process have increased to such an extent that regretfully it has been necessary, at this late stage, to announce the decision to defer the opening of the school. As a consequence, it is now not possible to open in 2022.

And they added: “We have written to directly to the families impacted by this change (those who indicated the new school as one of their three preferences in the Secondary School Admissions Process).

“We want to ensure that all parents who had included Lyde Green in their application the opportunity to review their preferences and we have written to them directly to give them that opportunity.

“As a local education authority, we are required to follow the due process to meet the statutory national offer day of 1 March 2022. This complex process involves meeting agreed deadlines including transfer of information between neighbouring local authorities.

“This means that there is very limited time available for parents to undertake their review of preferences and have given a date which is as late as is practically possible.

“As it stands, those parent/carers are being given the opportunity to re-submit their secondary school preferences no later than Monday 24 January 2022.”

What do you think? Sign in and join the conversations in the comments below