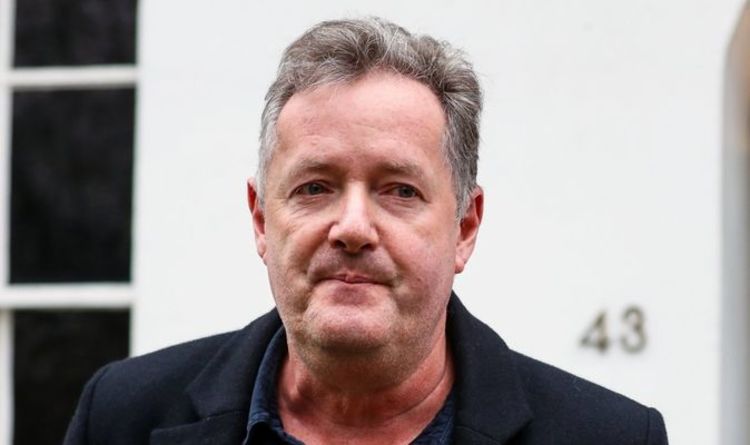 The outspoken commentator has been a fierce critic of the Prime Minister when it comes to his handling of the Covid pandemic. But on Monday he appeared to change his tune for the first time in months to openly praise Mr Johnson for putting people’s lives before their freedom.

At a Downing Street press conference today, the Prime Minister announced the setback to the final phase of his lockdown lifting plan to July 19 due to concerns over the rapidly spreading Delta variant first identified in India.

Mr Morgan was quick to come out in strong support Mr Johnson in a move which surprised many of his followers as early speculation suggested the decision had already been made for a delay.

Writing for the MailOnline before the Prime Minister’s announcement Mr Morgan said: “Right now, it is very clear that we’re on the verge of a deadly third wave of the virus that could exceed even the previous two waves if we’re not very careful.

Mr Johnson had been warned that pushing ahead with his plan to scrap social distancing on June 21 could lead to thousands of deaths and unbearable pressure on the NHS.

Instead, he said all legal limits on social contact would end on July 19, and said it is “sensible to wait just a little longer”.

After taking a question from a member of the public forced to postpone her wedding, Mr Johnson acknowledged his announcement would bring disappointment to people and businesses who had been gearing up for the June 21 day of freedom.

But he argued the delay was a “worth it to get those jabs in”, referring to the additional weeks to increase the amount of fully vaccinated people.

READ MORE: Furlough scheme will not be extended – Rishi Sunak refuses to budge

He added: “So, this is a critical moment in the crisis, and we simply don’t know enough about this variant yet to make any confident predictions.

“To ignore all this damning data is to stand on the beach as a tidal wave crashes in, defiantly believing everything’s going to be OK and we can still go swimming. It’s not, and we can’t.”

Speaking at today’s press conference alongside Mr Johnson, chief medical officer Professor Chris Whitty said the health service could “run into trouble” if the number of people being admitted to hospital with Covid continues on an “exponential path”.

But he said a four-week delay “will reduce significantly the risk of a very high peak which could cause significant problems in terms of pressure on the NHS” as well as knock-on effects.

Modelling by the Government’s Spi-M group suggested there was a possibility of hospital admissions reaching the heights of the first peak in March 2020 if the relaxation went ahead next Monday.

Experts believe the Delta variant is driving a rapid acceleration in cases.

Ministers were expected to hold a vote in Parliament on Wednesday in order for the Government to be given the legal powers to extend the set restrictions.

The Government’s target of offering first jabs to all adults by the end of July has been brought forward to July 19.

And those over the age of 23 in England will be able to book from tomorrow.