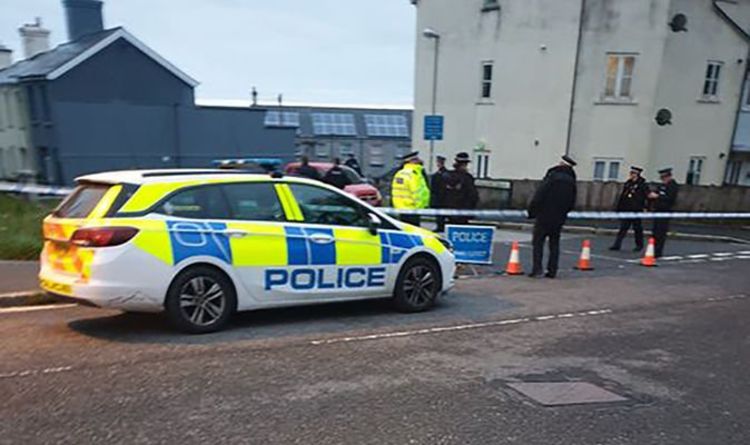 The attack happened at around 4am as the officers attended a job in Princetown, Plymouth. Photos show emergency services at the scene some time later as officers investigate.

One officer was stabbed in the arm while the other was attacked in the back of the head, according to Plymouth Live.

Alison Hernandez, Police and Crime Commissioner for Devon, Cornwall and the Isles of Scilly, said: “My thoughts are with the injured officers and their families and I wish them a speedy recovery.

“The level of violent crime, including the use of bladed weapons, is of national concern. While Devon and Cornwall Police has the fourth lowest level of knife incidents of 43 forces, every case is one too many.

“That is why we are working with partners in the region on a new serious violence prevention approach. I also welcome the Government’s proposals to increase sentences for those who assault emergency services workers through the Police, Crime, Sentencing and Courts Bill.”

Devon and Cornwall Police has been contacted for comment but it is believed the officers are currently at Derriford Hospital in the city.

It is unclear if anyone has been arrested in connection with the attack.