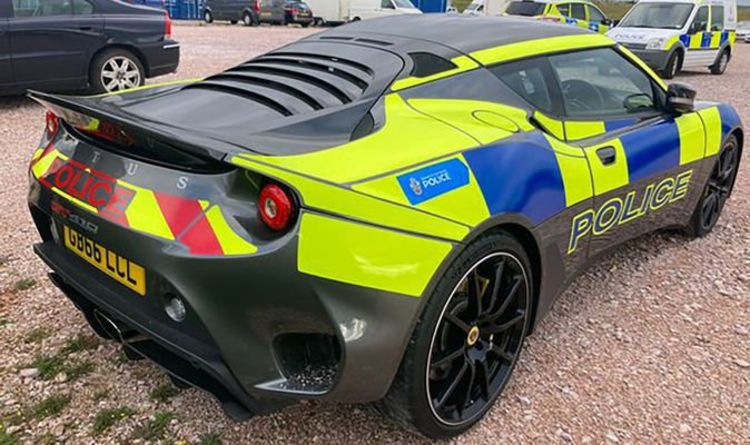 This 3.5-litre Lotus Evora GT410 Sport will help road traffic officers fight crime, Devon and Cornwall Police says. The constabulary has the £88,000 motor for one year but is yet to disclose in what exact capacity it will be used.

The force used Twitter to share photos of the car, which is complete with high-visibility police markings, ahead of its use.

Despite these impressive performance figures, it can apparently achieve around 26 miles per gallon.

But some Facebook users feel the car is money poorly spent by the force, which has to cover an area of nearly 4,000 square miles with around 3,200 officers.

Another posted: “How many officers could that have paid for?”

A third shared: “Ouch on our taxes. Yikes!”

The force wrote on Twitter: “Another new RCU [Roads Crime Unit] car has turned up.”

And some online believe the car will indeed help the department.

“That will be handy for catching hardened criminals,” reads one post.

Save £10 off Christmas flowers and bouquets from Marks & Spencer

Tesco is selling one litre of Baileys for less than £10...

Diabetes: The vegetable that ‘significantly’ lowers blood sugar within minutes of...