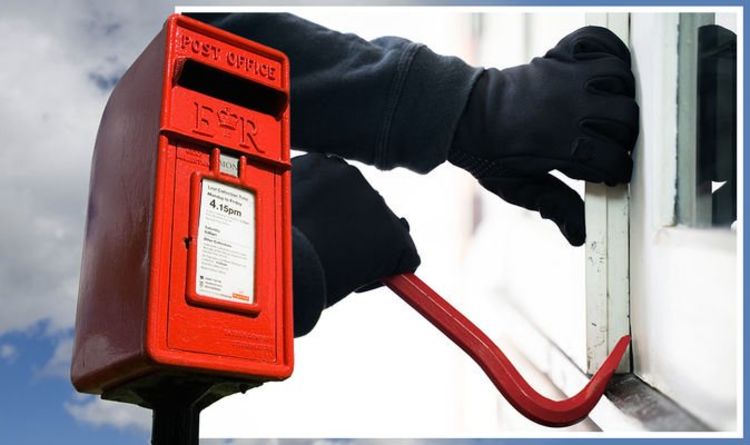 The culprits have carried out seven overnight raids across rural Suffolk in only 10 days and strike by night, police have warned. Detectives say the thieves are targeting heritage-style ‘Royal Mail’ postboxes. The stolen postboxes were cut from their mounting metal or wood post.

A force spokesman explained: “The theft is either achieved by cutting them from their mounting metal or wood post but, also possibly, by using angle grinders and chainsaws.”

The Royal Mail postboxes can sell for thousands of pounds as collector’s items.

The UK Architectural Antiques dealers value some Royal Mail postboxes at more than £12,000.

Sargent Brian Calver, of Suffolk Police, said: “Such thefts are a big loss of heritage and identity to the village from where they are stolen from.

“There is also the personal disruption such a theft could cause to individuals who have posted important letters and documents and, that as a consequence, are then sadly lost.

“We know that these are quite valuable and attractive for their antique/collectable resale value, but we are keeping an open mind in that they could be going for their scrap metal value as well.”

The investigation comes after police officers in neighbouring Norfolk appealed for vigilance this week after two historical postboxes were stolen.

Sargent Calver said he believes it is possible the incidents are linked: “The first theft that we had was on the 7 January in the village of Rickinghall on the county’s border and not far from Diss.

“I’m aware that Norfolk had a spate of these in the run up to that and it would appear that they just come over the border and targeted us.

“I think there’s certainly connections and we’ve got to keep an open mind. Sometimes we’ll see copycat groups and targeting these offences.

“However, I strongly suspect there probably are links because a lot of heritage crime is committed by people that will travel significant distances to carry them out.”

The first theft in Suffolk took place on January 7 on Hinderclay Road in Rickinghall.

During the night between January 14 and 15, there were also postbox thefts at Church View Road, Wixoe; Pound Green, Cowlinge; and The Green, Hawkeden.

A few days later, on the night between January 17 and 18, there were thefts at Chapel Street, Stoke By Clare; The Green, Chedburgh; and Depden Green.

In Norfolk, postboxes were stolen from Well Hall Lane in Ashwicken and another was stolen from East End, High Street, in Thornham between January 1 and 15.

The brutal theft of the heritage postboxes will have deep implications for the people living in the affected communities.

Sargent Calver explained: “They’ve now got to travel further to drop a letter, now that they haven’t got that connectivity on their doorstep. I know a lot of people use digital communications nowadays, but people still do put things in the post.

“There’s also the issue of some people putting valuable documents in the post like birth certificates, death certificates, driving licenses, passports, which means you then run the high risk of identity theft.

“It’s not just that there’s so much context to these things. That post box in being, it’s got culture and It’s got history. People value that. Much like the red phone boxes people love to see that sort of stuff about.

“And unfortunately if people take that, it’s lost forever. You can’t replace it even if you put a like-for-like up there from modern-day materials.”

“They are a traditional piece of street furniture from a traditional village scene in England. People love that stuff and it does fetch a quite reasonably high price.”

Officers are asking for anyone who has been offered a post box for sale to contact them and for people to be vigilant of suspicious activity and noise, especially at night.