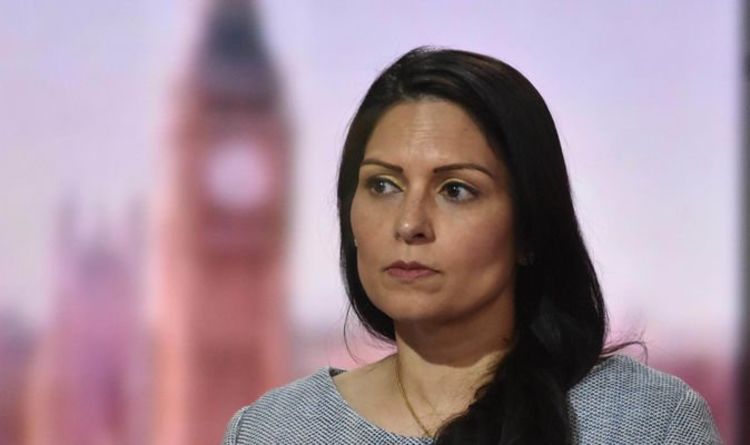 The Home Secretary declared that anti-racism protests are “not the answer”, referring to the “devastating” impact of Black Lives Matter activism last year. When the Home Secretary was asked to comment on the issue on GB News, Ms Patel said: “I just don’t support people participating in that type of ‘gesture politics’. “It is all well to support a cause, and make your voices heard, but we saw last year, with some of the protests that took place, and I speak very much from what I saw on the impact of policing, it was devastating.

“Toppling statues is not the answer. It’s about learning from our past, our history and actually working together.”

Asked if she backed fans who boo athletes who take the knee, Patel replied “Well, that’s a choice for them, quite frankly.”

The Scottish football team has decided not to take the knee unless they are playing England.

“He wants to see fans cheering and not booing, he wants to see everyone get behind this England team and of course? Scotland and Wales competing in the Euros.

“That’s very much his position.”

The straighttalking Home Secretary’ stance stood in stark contrast with that of Labour leader Sir Keir Starmer, who yesterday said taking the knee before football games is “a choice for each team”, adding: “I profoundly don’t think you should boo your own team before kick-off.”

He also refused to condemn students for voting to take down an image of the Queen from a wall at Magdalen College, Oxford, because she is a symbol of colonialism.

He said: “I don’t agree with it, I wouldn’t have done it, but in the end, I guess, students are allowed to decide what they want hanging in their common room.”

But when Sunday Express columnist and radio host Nick Ferrari suggested Mr Starmer might be a “woke bloke”, the politician dismissed the subject.

Asked about Colin Pitchfork, who raped and murdered two teenagers in the 1980s, Sir Keir also claimed there comes a point when offenders “have to be released” from prison if they are deemed safe by the Parole Board.

He said of Pitchfork: “He has served a long sentence? That was imposed on him by the court and under our system that means there comes a point at which he has to be released.