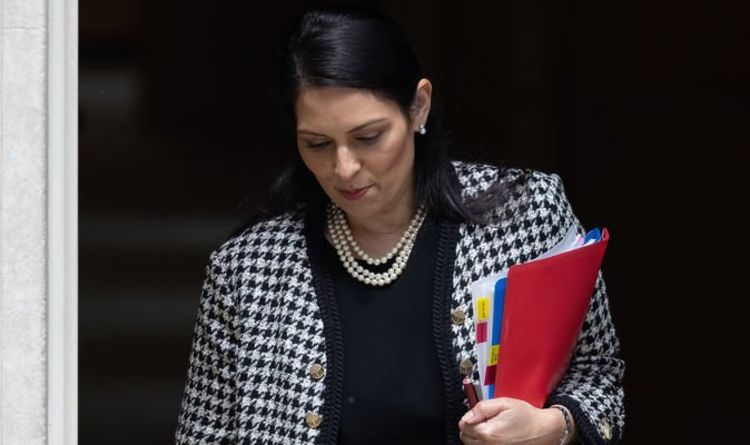 Albanian gangsters have been heavily linked to the UK drugs trade and are said to have taken control of many cocaine markets, according to the National Crime Agency. Almost 16 percent of criminals behind bars are Albanian – the highest foreign national offenders in UK jails. Home Secretary Ms Patel said: “I am determined to fix our immigration system, clamp down on illegal entry and remove those with no right to be in UK as swiftly as possible.

“Our New Plan For Immigration, coupled with this new agreement, will speed up the removal of Albanian nationals who have committed crimes in the UK and overstayed their welcome.

“I make no apology for removing dangerous foreign criminals to protect the British people and, so far this year, more than 1,000 foreign criminals have been deported, with more being removed every single week.” The Home Office yesterday revealed that the new agreement will allow Britain to deport foreign criminals and illegal immigrants more easily.

The Government has removed 254 Albanian criminals from Britain, as well as 85 other Albanian nationals with no right to be here.

During a two-day visit to the Albanian capital Tirana, Ms Patel discussed drug trafficking, money laundering and organised crime committed by gangs in the region.

She also met Prime Minister Edi Rama and welcomed the continued co-operation between Britain and Albania in ­tackling crime.

They also reaffirmed their shared commitment to cracking down on Western Balkan-based organised crime groups.

Meanwhile, the Crown Prosecution Service revealed yesterday that migrants who steer dinghies across the English Channel with the sole intention of claiming asylum will no longer be prosecuted.

New legal guidance released by the CPS stated: “In cases involving the use of a boat where the sole intention is to be intercepted by Border Force at sea and brought into port for asylum claims to be made, no breach of immigration law will take place.”

The guidance says that, in those circumstances, asylum seekers have not entered the UK under the terms of the Immigration Act.

For migrants to be prosecuted for steering a boat, there will have to be evidence that they were trying to clandestinely reach shore and escape, rather than claim asylum, the CPS guidance adds.