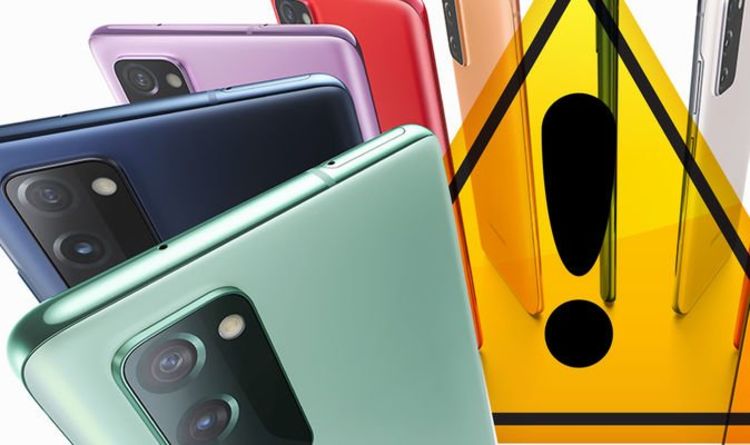 If you own a Samsung smartphone it’s vital that you check the software that powers it is fully up to date. The Korean technology firm has just issued an urgent alert after it was discovered that a large percentage of Android-powered smartphones, (some 40 percent), have a critical vulnerability that could allow hackers to read personal messages and even listen in on private phone calls.

The incredibly serious glitch was found by researchers at Check Point who discovered that in-built modems, made by US tech firm Qualcomm, featured a vulnerability that may allow a malicious app to gain access to user information on the device.

Like a host of other manufactures, Samsung uses Qualcomm’s technology in many of its Galaxy phones so owners could be susceptible to this nasty attack.

“Security researchers at Check Point have reported a vulnerability within Qualcomm’s modem chipsets, Samsung Android devices with Qualcomm chipset are affected by the vulnerability disclosed by Check Point.” the company has warned on its security page.

Luckily, a patch has now be created to fix the issue with Samsung slowly rolling things out since earlier in the year.

However, not all devices are currently patched with Samsung telling users to check the settings menu to make sure their phone is fully updated and safe from this threat.

“While a number of Samsung devices have already been patched starting in January of 2021, most Samsung devices with an Android Security Patch Level of May 1, 2021 or later, will be considered protected from the disclosed vulnerability. Samsung encourages all users to ensure their devices are updated once the patch becomes available for the devices.”

To make sure your Galaxy phone has the latest software simply head to Settings >Software Update. Here you should find if the phone has any installs pending. If your phone needs an upgrade simply tap “Download and install” to get things underway.

Having discovered the flaw, Check Point said it disclosed the information found in this investigation to Qualcomm, with the company confirming the issue and defining it as a high-rated vulnerability.

All manufacturers have now been informed of the glitch. Speaking about the findings, a Qualcomm spokesperson said: “Providing technologies that support robust security and privacy is a priority for Qualcomm. We commend the security researchers from Check Point for using industry-standard coordinated disclosure practices. Qualcomm Technologies has already made fixes available to OEMs in December 2020, and we encourage end users to update their devices as patches become available.“

Upfest Festival 2022: Meet Haz who is the youngest ever to paint at Europe’s biggest street art festival

Skin cancer symptoms: What does skin cancer look like? 10 signs...