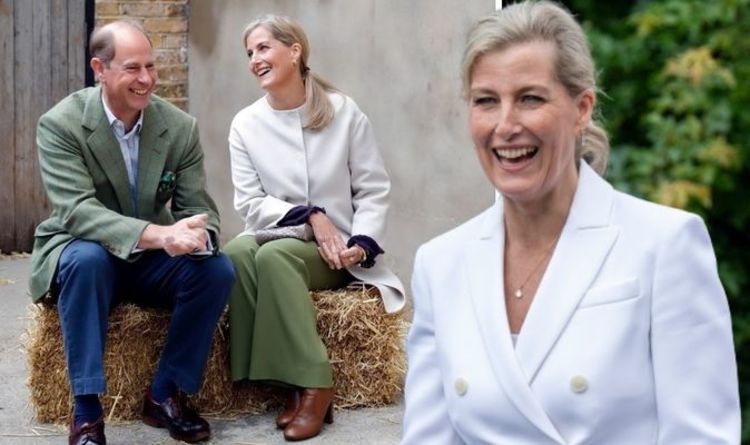 The 56-year-old will often appear alongside Prince Edward for engagements but recently has been seen solo too.

She will even sometimes attend events on behalf of the Queen, similar to other royals including Kate Middleton and Camilla, Duchess of Cornwall.

Speaking to Express.co.uk, body language expert Judi James used her expertise to analyse the couple when they appear in public.

READ MORE: Should toilet roll go over or under? Inventor reveals truth

Over the last couple of weeks there have been several appearances from members of the Royal Family including multiple visits in Scotland from Sophie and Edward.

Judi explained: “In these times of rifts and rumblings of trouble in the royal family it is refreshing and uplifting to watch members of the Firm who really do look as though they adore being in each other’s company.

“William and Kate’s glances of shared affection are a regular feature of their public appearances but Sophie and Edward often raise even that high bar with their long bouts of eye contact and the way they can often appear to be lost in loving and fun conversations with one another.

“The couple are also adept at switching between active conversation and active listening mode which works well as they discuss the pandemic with local café owners and shop-keepers in Edinburgh.”

The expert also previously shared how Sophie’s body language changes when she’s with her husband compared to when she is on her own.

“It’s interesting to see how much Sophie’s body language changes as she role-swaps from wife to front-line royal in her own right,” she said.

Judi added: “On solo events Sophie tends to look rather relaxed, energetic and keen and very much the royal poster girl for female equality. She is openly, actively sociable, using very inclusive body language to suggest a strong trait of leadership. But she also looks fun.

“Her smile lacks the ‘fixed’ traits of a traditional royal smile and, with her head slightly lowered, her eyes up and her eye expression engaged and engaging and her very congruent mouth smile that raised the cheeks and reaches the eyes, she looks more like an inspirational business leader, with a keenness to join in, with a very hands-on approach.

“With Edward, Sophie seems to notch down the charisma to avoid eclipsing her husband.

“Edward used to be quite the performer with a career in the theatre planned but as a more mature man he seems to be rather shy and happy to have Sophie provide the encouragement and confidence-boosting when the cameras are around.”

Pictured sat next to Princess Beatrice, the Countess opted for a beautiful polka-dot dress by fashion brand ME+EM.

The dress, which is made using a chiffon fabric, retails for a whopping £295.

Sophie added a pair of black sunglasses to the look and accessorised it with small silver earrings.

Although Kate Middleton is now said to be isolating after coming into contact with someone who had COVID-19, the Duchess did visit Wimbledon last week to watch Novak Djokovic.

Judi explained: “Some of the best examples of the changes in Kate from rather shy and self-conscious looking woman to the much more confident royal looking comfortable in her own skin are these photos from her appearances at Wimbledon.”

The expert revealed that Kate’s signals at this year’s Wimbledon showed that she is much more “comfortable with the kind of attention she attracts now”.

Horoscopes & love: Aquarius told love is ‘worth the wait’ amid week of ‘optimistic energy’

‘Streak-free’: Mrs Hinch fan shares the ‘best’ way to clean a TV screen with ‘no products’