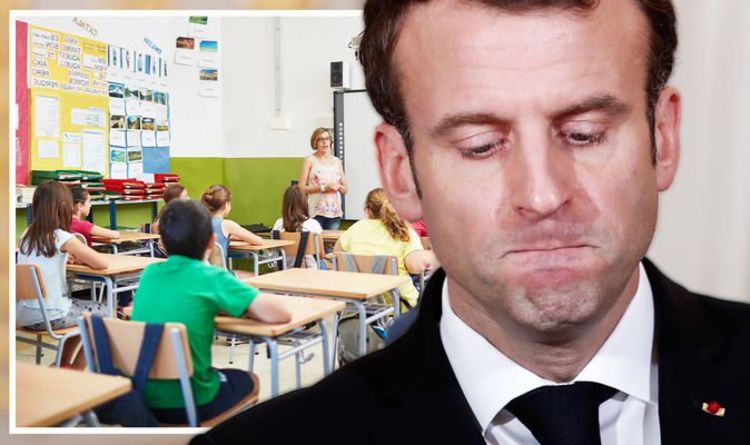 This will come as a blow to the French president Emmanuel Macron who has recently been trying to replace English with French as the main language of the European Union. Spanish has already replaced French as the most popular language taken by A-level students, and it’s rapidly increasing in popularity with GCSE pupils. Spanish is set to become the modern language of choice for anyone taking GCSEs by 2026, the British Council’s annual language trends report stated.

The figures have shown there were more than 104,000 entries for Spanish GCSE last year.

German along with French is also slowly declining in popularity.

Vicky Gough, schools adviser for the British Council said: “I think it’s great that people are studying any language and I hope that more kids will study more languages.

“What I hope is that not all of those will be Spanish and that some end up being French.

“It would be a real shame if Spanish became dominant to the detriment of everything else.

“There is a perception and reality that Spanish is widely spoken, so students can imagine going to Spain and speaking it.

READ MORE: Macron’s visit is good for Brexit Britain – BUT there’s a catch

Mr Macron sees Brexit as an opportunity for the French language to become widespread across the continent once again, after it was completely replaced by English.

Paris is now demanding all official documents and meetings should be held in French.

A senior French diplomat told Politico: “We must enrich it [French language], and make it live again so that the French language truly regains ground, and above that, the taste and pride of multilingualism.

“There will be more visibility with the French presidency, so we will intensify our work.”

As it stands, all official documents are translated into French, German and English, but Mr Macron wants all notes and minutes to be in French first.

On top of that, the body which represents the governments, known as the Council, wants all letters from the Commission to be in French.

The diplomat added: “We will always ask the Commission to send us in French the letters it wishes to address to the French authorities, and if they fail to do so, we will wait for the French version before sending it.”

The news, however, has not been welcomed by everyone.

One diplomat said: “It could be divisive.

“Some are afraid that they could miss something because also their French is not that good.

“We are so used to English.”