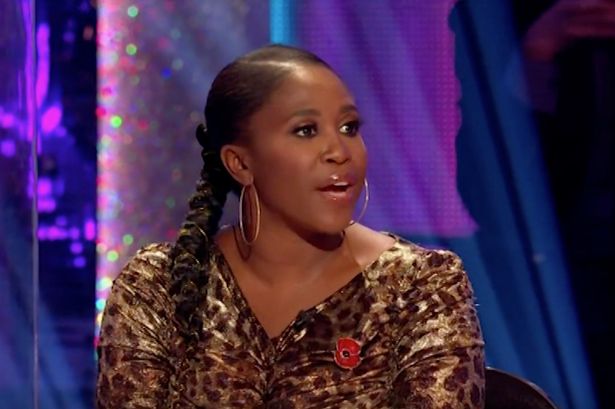 Strictly favourites AJ Odudu and John Whaite found themselves at the bottom of the leaderboard after their tricky lifts went wrong on Saturday (December 4).

Their performances prompted savage feedback from the judges, with Craig calling AJ and Kai’s ending a “complete dance disaster.”

Speaking to Zoe Ball on BBC Radio 2, Motsi revealed she had never seen such “major mistakes” made on the show while on the judging panel.

Zoe began: “So obviously, we saw a couple of mistakes. We saw that little moment from John and Johannes with the lift.

“And then we saw AJ and Kai miss that lift in the salsa. I mean, everybody’s really nervous now, aren’t they?”

Motsi replied: “Yes, the pressure is high. There’s a lot of nerves.

“And you know never – since I’ve been there for three years – I haven’t seen these major mistakes or for something to go so wrong.

She continued: “It was interesting to see and I loved how much humour everybody had and how it didn’t become a big issue.

“And AJ managed to be in the dance off and pull it off, so it just shows we’re all human and these things do happen.

The judge went on to praise Dan Walker, who left the competition after he lost the dance off with partner Nadiya against AJ and Kai.

Speaking after AJ and Kai’s routine on Saturday night, Craig Revel Horwood said: “You were totally watchable. Yes, the ending was a complete dance disaster darling but that can be fixed… one day. Well done anyway.”

Shirley Ballas praised AJ’s “pure sass” and encouraged: “It was on its way to a ten, you are fantastic. It’s just unfortunate”.

Anton Du Beke added: “The rest of it was terrific.

“I loved it in general but the ending was… ‘PLEASE STOP. I CAN’T BEAR IT.'”

Sign up to our daily newsletter using the box at the top of this article, or by clicking here to see all of our newsletters

Meanwhile, John ended up dropping his partner Johannes after the pro gave him “the wrong hand” to lift him with.

Johannes ended up falling to the floor at the end of the routine, to which the dancer remarked: “It’s live, anything can happen.”

Craig, who gave the couple a score of seven, said: “I love it when it goes wrong, you had no choice you had to throw him onto the floor.”

Anton joked: “I have lifted partners over the years that I could not wait to put down, it was amazing.”