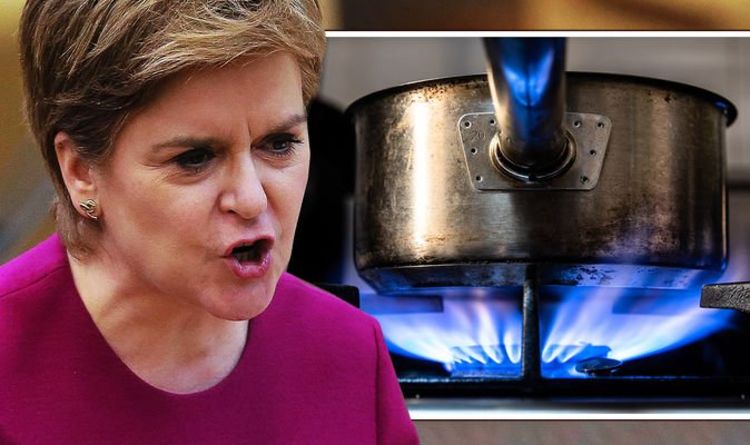 The findings come just weeks ahead of an announcement that could see rates soar by as much as half. A survey for Citizens Advice Scotland (Cas) that was conducted by YouGov found approximately 36 percent of people in the country stating that their energy bills are unaffordable. The poll found that more than 380,000 people put the blame on their hard-to-heat homes.

Kate Morrison, the charity’s fair markets spokeswoman, said: “With one in three people finding their energy bills unaffordable, lots of us are struggling with soaring bills.

“But it’s significant that hundreds of thousands of people would identify their home being hard to heat as a reason why they are finding bills unaffordable.”

There is also an energy price cap rise expected to come into effect in April.

It would also be able to help people consider options of how to insulate their homes.

She added: “The cheapest energy is the energy you don’t use.

“Better insulated homes mean people don’t have to pay as much.

“It’ll also help us on the journey to net-zero.

UK Business Secretary Kwasi Kwartang said on Friday he is listening to poverty campaigners on energy costs after the cost of living crisis begins to take effect across the country.

Speaking to ITV’s Good Morning Britain he said the Government is “trying to work out the best way to deal with what is a really, really serious problem”.

He added: “Lots and lots of things have been discussed, and I’m sure that’s one of the things that we’ve been talking about.”

At the beginning of January, the Scottish Government wrote to the Business Secretary and called for urgent action to be taken ahead of the expected price cap rise on energy bills.

Putin’s Ukraine war should be talked about with youngsters, LSE rights advocate says

Irish dancing champion is too young to audition for Riverdance despite...