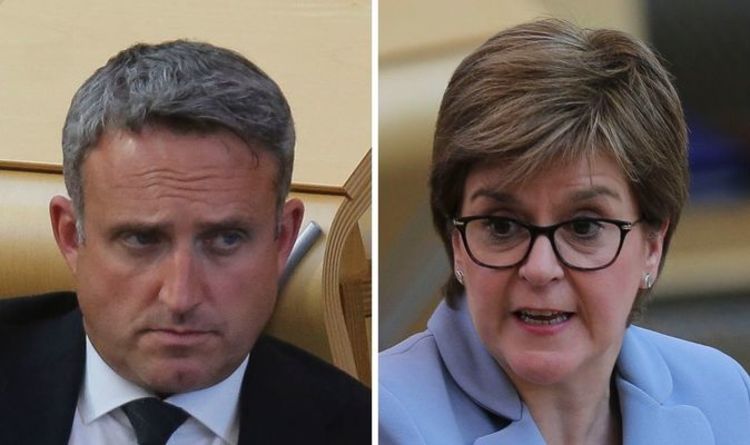 Scotland fans were bitterly disappointed after their first appearance in a major tournament in 23 years ended in a 2-0 defeat. Some 12,000 people attended the match at Hampden Park in Glasgow to watch the match against the Czech Republic. Thousands more watched in the city’s fan zone.

Goals from the Czech Republic’s Patrik Schick – the second already being judged as the tournament’s best – saw an end to the Tartan Army’s hopes of a momentous comeback.

They have a second chance this Friday when the team travels to Wembley to face England who won their opener against Croatia.

On hearing their country had qualified, many Scots were overjoyed.

This included Scottish First Minister Nicola Sturgeon who reacted to the news by posting a gif – an animated image file of a video – of herself celebrating to Twitter.

While many were amused by the tweet, others took an instant dislike to it and called Ms Sturgeon out.

He replied: “I’ve got skin in the game, I know.

“But why use archive footage of yourself uproariously cheering the defeat and severed livelihood of a decent person?

However, Liz Jarvis, a Lib Dem candidate in the 2019 election, replied: “Agree. Tacky and inappropriate.”

Mr Blackford said: “I’m sure we’re all looking forward to the European Championships kicking off later this week.

“Can I take the opportunity to wish all the best to our country, Scotland, Steve Clarke and the team, and to remind the team it is time for heroes?”

Mr Johnson replied: “Can I by the way Mr Speaker wish all the very best to Scotland, and England, and all the home nations who may be playing in this…”

Pointing at Mr Blackford, he added: “I don’t know whether he is going to reciprocate Mr Speaker, but you never know.

His comments were met with raucous laughter from within the House of Commons chamber.