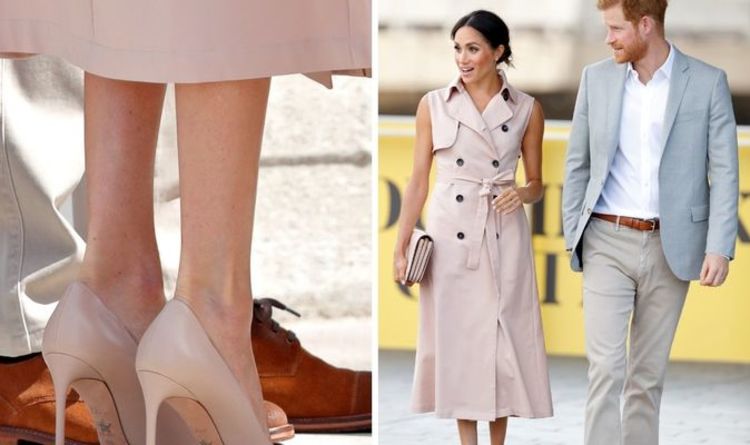 Despite their immense power, the royal women are subject to many regulations, including somewhat strict dress codes. Fashion expert Stephen Sheldon spoke exclusively to Express.co.uk about how the royals occasionally sidestep the rules.

Stephen told Express.co.uk: “Royal women are supposed to have a modest decorum when it comes to their legs, from having to wear tights in all weathers to a rule of thumb that skirts and dresses are no shorter than four inches above the knee.

“Kate Middleton is one royal defying this rule as she can sometimes be seen in shorter skirts.”

The Duchess has incredibly toned legs, no doubt from all the sport she plays.

However, Stephen affirmed that while occasionally the Duchess does show off her legs, “she always keeps it classy and modest”.

He credited this to “a covered-up jacket or top as well as more opaque luxury tights”.

According to Royal expert Victoria Arbiter, royal women are “never” seen without their nude stockings.

She told Business Insider: “I would say that’s really the only hard, steadfast rule in terms of what the Queen requires.”

For example, she ditched the pantyhose on an outing to see a London production of Hamilton in 2018.

While tights do seem to be preferred for royal women, it is not mandatory, so Meghan never broke any protocol choosing to go without.

Kate and Meghan reportedly came to blows at Meghan’s wedding to Prince Harry over the subject, however, with Kate believing that the bridesmaids should wear tights and Meghan believing they should not.

But sometimes, these royal women stick to the status quo.

Kate and Meghan love a bodysuit and trouser or skirt pairing.

Stephen said: “These have become staple items for young royals who don’t want to break protocol by showing too much skin and avoid any uncomfortable bunches when tucking in a top.”

He added: “A bodysuit is a perfect way to keep your outfit pristine without having to fiddle with it multiple times a day.”

There’s nothing worse than constantly having to adjust your outfit throughout the day – especially at a royal engagement.

Finally, Stephen explained that royal women are “definitely not allowed to show their underwear with any outfit”.

This adds to her polished and pristine look as it keeps all of her undergarments “smooth and concealed when wearing fitted clothing”.

As for tights, the jury is still out.