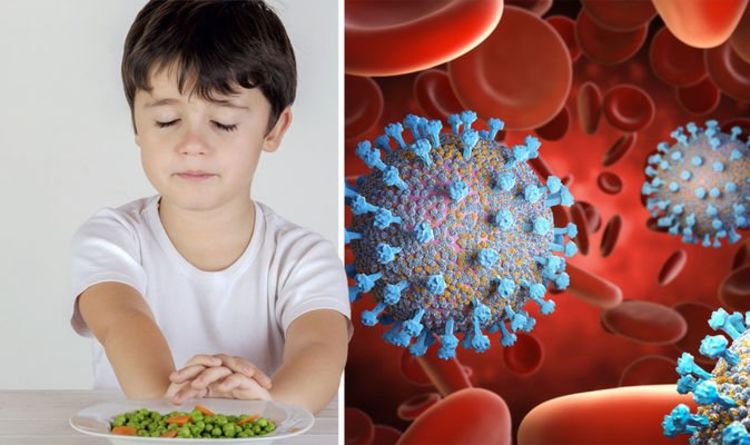 Evidence is growing that coronavirus-induced parosmia is a common occurrence post-infection with COVID-19. But researchers have warned that sensory confusion could have profound health repercussions. The syndrome, which causes phantom odours, remains poorly understood by health professionals. But one mother has warned it should be taken seriously, after it caused her son to starve.

Dawn Kafi has urged people to take parosmia – the infamous Covid symptom – more seriously after it caused her son to starve.

The warning comes after recent reports earlier this week claimed the syndrome was giving rise to a generation of fussy eaters.

But Dawn stressed that these reports are damaging as they lessen the severity of the condition.

Parosmia is a well-documented side effect in adults who have had Covid.

But reports of children struggling with the syndrome are becoming increasingly common.

Dawn’s son Malisse suffered parosmia after contracting the virus in September, but four months on, his symptoms persist.

Her son’s smell distortions led to starvation, which saw him lose 2kg in the space of two days. He was thereafter brought to the hospital.

Describing her son’s plight, Dawn said: “There are people out there laughing saying children are being fussy and it’s very upsetting.

“Malisse is still very limited to his foods and he’s still unwell.

“He’s got liver damage cause of the starvation, it should be taken more seriously than just labelled as fussy eating.”

Malisse was reluctant to eat and drink because everything started to taste “like poo and rotten eggs”, explained Dawn.

She added: “It’s a health condition, not just distorted taste or smell, it’s life-changing. Malisse is very cold, he has no energy, is very frail and he doesn’t eat much.

“People need to take it seriously. It’s not a laughing matter.

“It’s quite worrying that it’s not being recognised as a disorder. I didn’t know what it was before. More awareness is needed.”

It is believed parosmia has affected an estimated 25,000 adults as a result of COVID-19.

It is becoming increasingly apparent the syndrome could have a detrimental effect on eating habits, as it causes food to give off an unpleasant odour or taste.

Professor Philpott, rhinologist and olfactologist at the university’s medical school in Norwich, said earlier this week that he’d begun to see patients with parosmia for the first time in his career.

He explained that the disorder could be particularly detrimental for children with underlying conditions, who may already have a difficult relationship with food.

He told the BBC: “It’s something that until now hasn’t really been recognised by a medical professional, who just think the kids are being difficult eaters without realised the underlying problem.

“For some children – and particularly those who already had issues with food, or with other conditions such as autism, it can be really difficult.”

The charity Fifth Sense, says it’s receiving more reports from parents concerned over their children’s nutritional problems and weight loss as a result of parosmia.