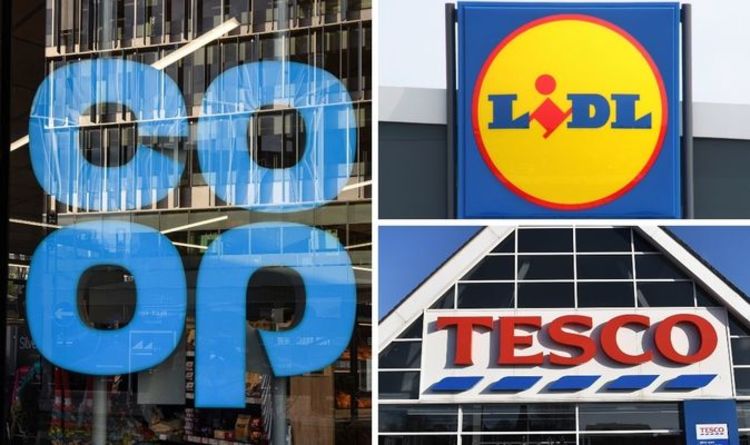 Tesco Express, Lidl and Co-op will all adjust their opening hours in England on Sunday so that their workers can enjoy the huge game. Customers have since praised the news on social media.

Christian Härtnagel, CEO at Lidl GB, commented: “Sunday’s final marks a huge occasion in history so, if England are victorious, we have decided to delay our stores opening by one hour.

“At Lidl, the reason for our success is our people and our teamwork, which is why we want our teams to be able to celebrate for a little longer if the England team bring it home.”

Supermarket shoppers have also expressed their hope that other food stores will follow in Tesco, Lidl and Co-op’s footsteps.

Pubs in England can stay open until 11.15pm on Sunday.

The match will be over by 10pm if settled in normal time but if there is extra time or if it goes to penalties, it could be closer to 11pm.

The change will allow football fans to stay in pubs for the whole duration of the match.

To celebrate the game, Asda recently announced its new operation ‘It Asda Be Coming Home’ which sees food and drink items available for customers at a bargain price.

The Detroit pizza is also half price and the supermarket is allowing colleagues to swap their shifts if they wish to watch the final.

An Asda spokesperson said: “Operation ‘It Asda Be Coming Home’ has been a tactic we’ve been planning for a while and, following Wednesday’s heroics, it’s now kicked off.

“Colleagues who want to substitute a shift are able to organise this with their team and extra bangers, burgers and booze are being delivered to stores in anticipation for a sales surge.

Horoscopes & love: What Taurus needs from a romantic partner – ‘conversations get real’

‘You don’t miss anything’: Mrs Hinch shares cleaning routines for your home – ‘so excited’

Craig David net worth: Re-Rewind star has millions in the bank

Boris expected to launch probe into Arthur Labinjo-Hughes murder – ‘No...

Boris expected to launch probe into Arthur Labinjo-Hughes murder – ‘No...