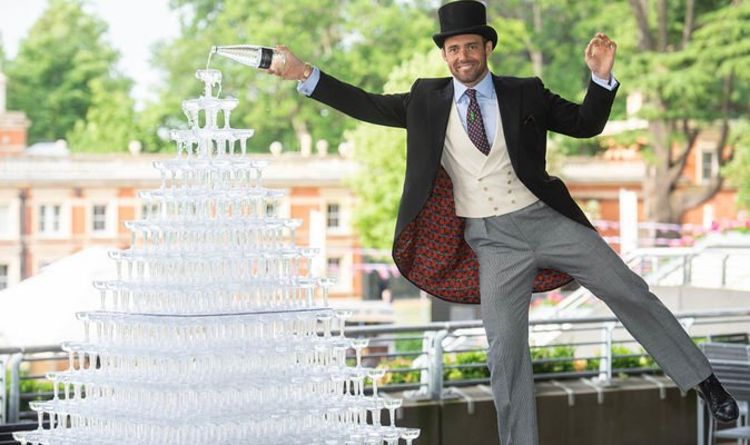 Music festivals on the list of events people most want to attend include Glastonbury which should be returning in 2022, and Reading and Leeds festival which is going ahead in August. The Isle of Wight Festival, which is being headlined by Liam Gallagher with Snow Patrol also featured.

Sporting occasions include the T20 and the London Marathon, which was cancelled in 2020.

It also emerged one in 10 hope restrictions will be lifted before October 31, so they can go trick or treating, while a fifth simply want life to have returned to normal by the end of the year, for Christmas pantomimes and a blowout New Year’s Eve party.

But to avoid disappointment, three-quarters haven’t got any big plans, in case they get cancelled or postponed.

The research was commissioned by Harrogate Spring Water, which has teamed up with Spencer Matthews to reveal a stunning new water installation at Royal Ascot.

The feature, a reimagined version of iconic champagne towers, is designed to encourage racegoers to hydrate throughout the day.

Spencer Matthews said: “After a long lockdown, I’m keen to make sure the celebrations last as long as possible, which is why being mindful of how much we’re drinking is so important

James Cain, Harrogate Spring Water managing director, added: “After the past 18 months of lockdowns, we all deserve a celebration, which is very evident in our consumer research.

“At Harrogate Spring Water, our mission this summer is to enable people to make the most of their celebrations by encouraging them to keep hydrated throughout the day.

“We hope our water fountain, along with our complimentary water throughout the race week will ensure all racegoers can make the most of their day.”

THE TOP 20 EVENTS BRITS MOST WANT TO ATTEND: