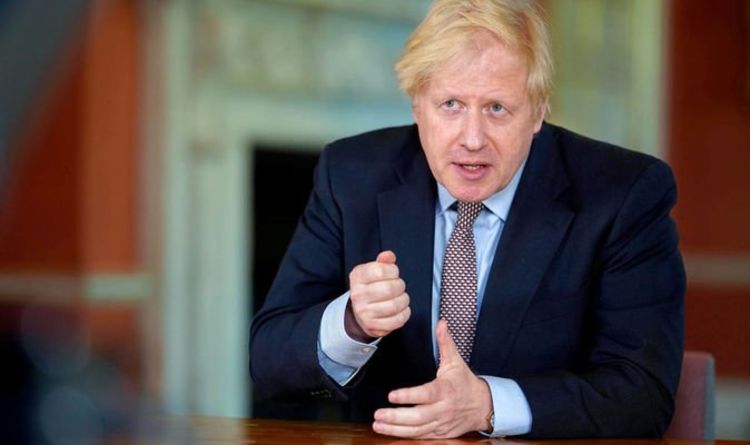 The Prime Minister announced today most coronavirus rules will remain in place in England for another four weeks after the planned June 21 lockdown lifting. Mr Johnson said: “The virus could outrun the vaccine. We could give the NHS a few more weeks to give everyone their jab.

“This opening up has inevitably been accompanied by more infection and more hospitalisation.

“We cannot simply eliminate Covid, we must learn to live with it.”

Speaking before the announcement as speculation was mounting of a potential delay, Tory MP Mr Bone said he “can’t see the evidence why we should be postponing our freedom”.

On BBC Radio 4’s Today programme Mr Bone was asked if he would vote against a delay if put to a vote in Parliament, he said: “What I would do is listen to what the Prime Minister says.

“I would listen to the arguments, and if I’m not convinced that these restrictions are necessary then I would of course vote against it.

“I hope every member of the House of Commons will listen to the argument and make their minds up.

“There has to be a vote in the House of Commons.

“This can’t be decided by a few ministers sitting behind closed doors.

READ MORE: ‘Macron is not used to this!’ French President mocked as Raab hits back at Brexit attacks

This strain of the coronavirus pathogen is understood to be around 60 percent more infectious than the previous dominant variant.

It is also found to be twice as likely to result in hospital admissions.

On Monday, the UK recorded a rise in infections, with 7,742 new coronavirus cases.

More admissions to hospital are of younger adults than in previous months.

On June 6 one-third of admissions were aged 55 or over.

One month earlier over 70 percent of hospital admissions were of infected people aged over 55.