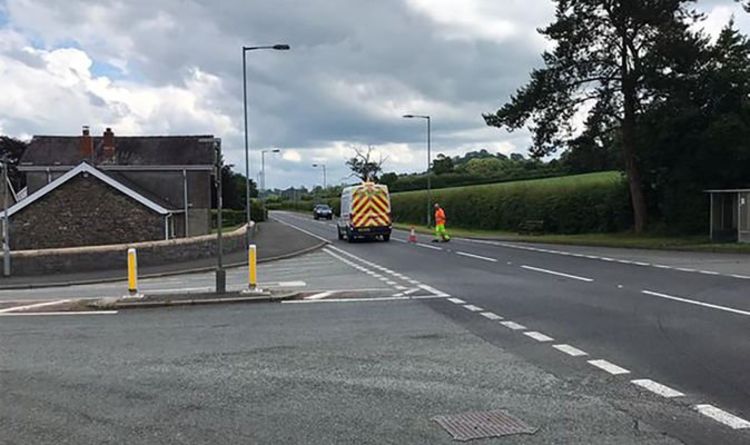 The A40 was shut for almost 10 hours in both directions between Llandeilo and Dryslwn in Carmarthenshire, south Wales, after the head-on smash. It involved a green Daf flatbed lorry and a white Ford Transit tipper van.

Emergency services rushed to the scene but both drivers – a 62-year-old man and a 40-year-old man – died of their injuries. A young girl was airlifted to hospital but her injuries are not thought to be serious, Wales Online reports.

Police remained at the scene throughout Thursday afternoon and into Thursday evening to carry out investigatory work, and fire crews from Llandeilo and Carmarthen, paramedics and medics from the Wales Air Ambulance were also there.

The names of both drivers killed have not been released at this stage, and their families are being supported by specialist officers.

A spokesman for Dyfed-Powys Police said: “We are appealing for witnesses or anyone with dashcam footage that can help our investigation into a serious collision on the A40 near Llandeilo, at around 12.20pm on Thursday, July 8.

“Anyone with information that could help officers with their investigation, including any dashcam footage of either vehicles ahead of or during the collision, is asked to report it to Dyfed-Powys Police, either online, by emailing 101@dyfed-powys.pnn.police.uk, or by calling 101.”