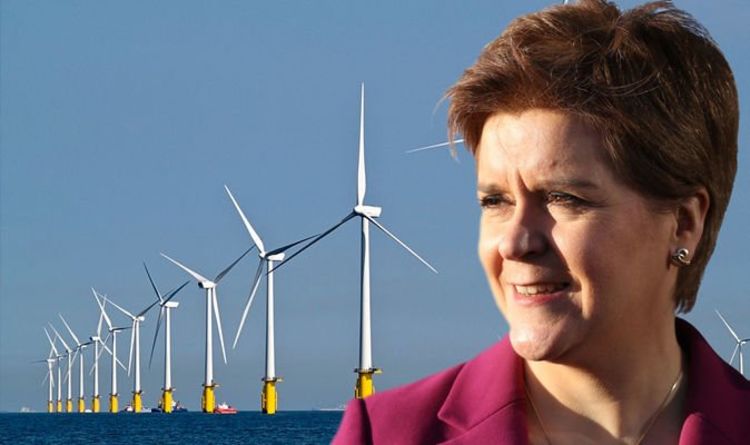 Turbines west of the Shetland Islands would generate electricity for oil and gas installations, but a fishermen’s lobby group says schemes are being rushed through without proper consultation. A series of “glaring flaws” in the process have been highlighted by Shetland Fishermen’s Association and Shetland Fish Producers’ Organisation, known collectively as Shetland Fishermen (SFA).

This includes the limiting of data to bottom trawling for current and historic fishing in the waters being considered.

The SFA says figures related to other ways of obtaining catches – including seine netting, pelagic hauls, gillnetting and longlining – have been excluded from fishing ground studies.

It adds the numbers are also confined to Scottish vessels, missing out fleets from the EU, Norway, Faroe Islands and the rest of the UK.

The anger has been fuelled by a leasing round in which developers can apply for the right to build offshore wind farms.

This announcement followed the Scottish Government opening a consultation on a new planning process aimed at identifying areas to be made available for seabed leases.

The Innovation and Targeted Oil and Gas (INTOG) round forms part of Scotland’s plans to reach net zero.

Sheila Keith, policy officer at the SFA, said: “The Shetland fishing industry depends on these rich grounds to the west of the islands for catching and is hugely concerned that proper assessment of the potential impact of INTOG offshore wind on fishing is not being made.

“The whole process should be slowed down so that the industry can gather and fully assess fishing data from these areas.

“That way, existing fishing opportunities and activities can be safeguarded as required in the National Marine Plan.”

A Scottish Government spokesman said: “We need bold action to tackle the climate emergency and renewable energy – including offshore wind – will deliver good, green jobs, benefits for communities and strengthened energy security as we transition to becoming a net zero nation.

“We want to ensure a constructive relationship between fishers and offshore wind developers in relation to the development of offshore wind energy in Scottish waters and our sectoral marine planning process for offshore renewable energy, which identifies potential areas for future development, involves fishing representatives being invited to join the relevant governance groups, in order to help inform the location of any resultant development areas.”

He added that the INTOG leasing round is still in its early stages and there are more stages where stakeholders can express their views to help inform the planning process.

The spokesman said: “A public consultation was held on the areas of search and the planning specification. This will be followed by a detailed environmental and socio-economic assessment to determine if a project should proceed to a draft plan, at which point it would then be subject to further consultation.”