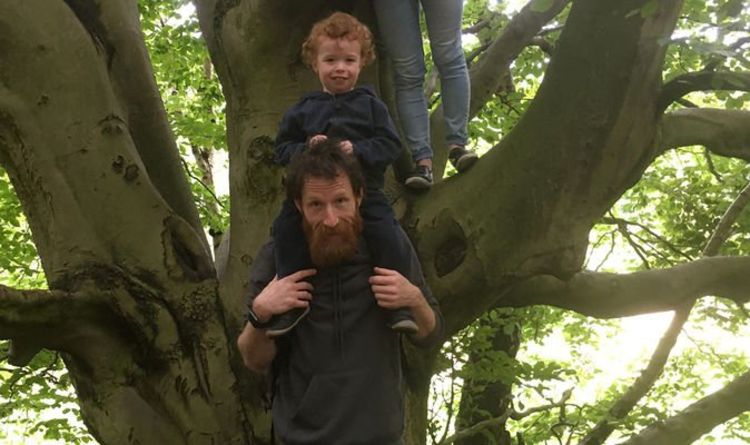 Police have been desperately searching for James Malone since Sunday morning when he vanished as he played with his father Ian Malone. Mr Malone, 44, also remains missing, sparking a new CCTV appeal from the force.

The short clip shows James on the man’s shoulders as they walk on a pavement along a residential road near Mr Malone’s home in Gateshead, Tyne and Wear. It was taken on Sunday, just hours after the youngster was last seen.

Mr Malone had met his son as part of a “planned visit,” according to Chronicle Live. It is understood he left the area with James during this visit.

Northumbria Police have been unable to trace either of them in the four days since.

“Our top priority is the welfare of Ian and James and the focus of our investigation is making sure we can locate them safe and well,” Chief Superintendent Sav Patsalos, the Central Area Commander at Northumbria Police, said.

“We have carried out a number of enquiries in recent days but know that assistance from the public could be crucial to tracing their whereabouts.

“We are now in a position to release an image of James and are today also releasing some CCTV footage that shows the pair together after their disappearance.

“If you think you have seen Ian and James in recent days, or could help us trace their whereabouts, then please get in touch with us immediately.”

Ian is described as white, around 5ft 5in tall, slight build and with mousey brown hair. He was last seen wearing a dark coloured jacket, jeans and trainers.

James is described as having curly, auburn hair and was last seen wearing a rust coloured t-shirt.

Anyone with information is asked to contact police online, or by calling 101, quoting NP-20210704-0851. You can also report information anonymously by calling independent charity Crimestoppers on 0800 555 111.