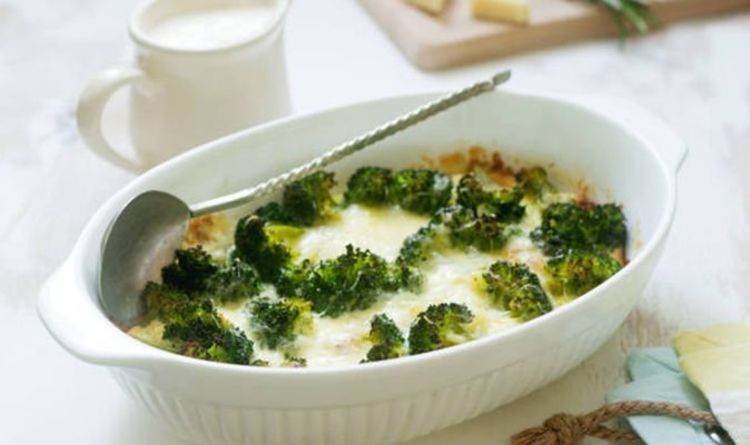 UK farmers are warning there will soon be a significant excess of cauliflowers to sell after poor growing conditions meant the vegetable didn’t flower in time for its traditional pre-Christmas harvest. In recent months shoppers have become used to seeing empty shelves at supermarkets due to a variety of reasons. But with a rare surplus about to appear Express.co.uk has listed two ways you can put your culinary skills to the test.

Cauliflower is currently in season within the UK – typically stays this way through December to April.

In addition, as one of the most versatile vegetables to cook during winter, it’s also perfect for those consuming a vegan or vegetarian diet.

To help reduce food waste and encourage people to make the most of the excess this January, why not try out the following two delicious recipes.

Created by Eatwell 101 this dish can be served up in no time and styled as a quick lunch or side dish.

To make the sauteed cauliflower and mushroom skillet, first, heat the butter and oil in a large pan or skillet over medium-high heat before sauteing the onion until softened (roughly three minutes)

Next, you can add the mushrooms and cook for four to five minutes on all sides. Here it’s important to make sure the mushrooms render as much moisture as possible.

Once the mushrooms are well browned, you can add the cauliflower florets, which need to be cooked until golden and crispy on the edges (about eight to 10 minutes)

Then, pour in the vegetable stock and cook for two minutes, to reduce the sauce slightly.

As we approach the end, it’s time to add the thyme, one tablespoon of parsley, and garlic.

This recipe by Evi Aki is the perfect side dish to have on the dinner table and will allow you to take full advantage of the imminent cauliflower surplus.

Firstly, you will want to preheat the oven to 370 degrees before frying the bacon in a large skillet until crispy and crumble.

Then, steam the cauliflower and broccoli until tender (about 15 to 20 minutes). Afterwards, you can combine the sour cream, mayonnaise, heavy cream and black pepper in a large bowl.

Add the steamed cauliflower and broccoli florets, 1/2 of the bacon, one cup sharp cheddar cheese and three tablespoons of chives and mix well.

Next, you’ll need to transfer this to a baking dish sprayed with cooking spray and top with the colby and Monterey jack cheese and the other half of the bacon.

Why is there a surplus of cauliflowers?

During the build-up to Christmas 2021, mild weather conditions meant British cauliflowers flowered too late for farmers to harvest them.

Instead, UK retailers were forced to sell French and Spanish imports over the festive holidays to meet consumer demand.

As a result, many agriculturalists up and down the British Isles are now beginning to face up to the issue of excess supplies and what to do with them.