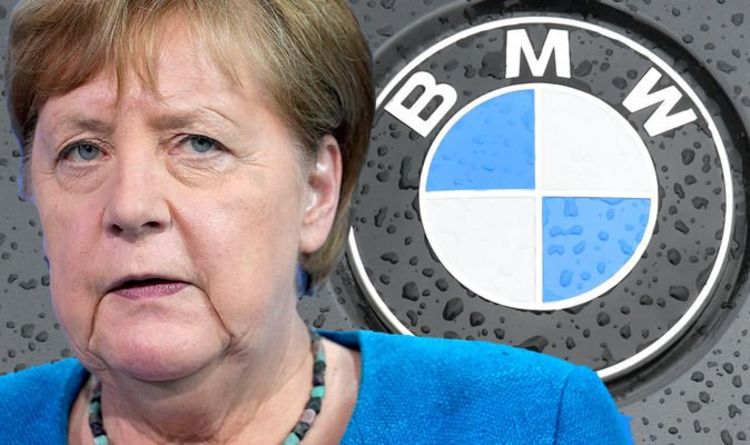 The European Commission ruled against automakers Volkswagen and BMW over fair competition claims. Volkswagen has been fined €502million (£432million) whilst BMW must pay €373million (£321million).

In a statement the EU Commission said: “All companies have admitted their participation in the cartel and agreed to a settlement.”

Mercedes owner Daimler, which also faced accusations, is not facing any penalty.

The allegations relate to Adblue tanks, which are used in the catalytic converters of some diesel cars.

Both Volkswagen and BMW could have faced considerably bigger penalties, with the European Commission able to fine them up to 10 percent of annual sales according to German news site Merkur.

It reports BMW initially set aside €1.4billion (£1.2billion) in 2019 to deal with the allegations, but later dismissed this after some allegations were dropped.

It seeks compensation for car owners caught up in the diesel emissions scandal, when software was used to trick emissions tests.

In a statement VZBV head Klaus Mueller said: “Those who may have been affected will obtain certainty over whether Daimler AG deliberately installed illegal defeat devices in several vehicle models.

German politics is in a state of flux with Chancellor Angela Merkel due to stand down later this year.

On Friday she flew to Chequers for a final meeting with Prime Minister Boris Johnson.

Following the trip Germany announced it is opening up travel for Britons who have received two coronavirus vaccines, or have antibodies.

In a huge shakeup for the automotive industry, in 2020 the Government announced the sale of new petrol and diesel cars will be banned in the UK from 2020.

Ministers hope the UK will be at the front of the electric car revolution.

The only exemption will be for hybrids, which are powered by a mix of electricity and fossil fuels.

This will create 6,000 jobs and should safeguard the UK’s largest single car factory.

According to The Guardian, the Government has provided an estimated £100million to support the move.