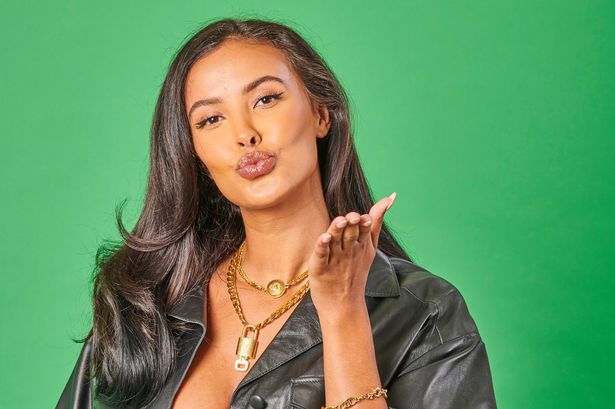 A release date has been confirmed for a brand new musical game show hosted by Maya Jama.

Simon Cowell’s newest project Walk The Line will see musical acts battle it out to win a cash prize, but there’s a twist.

The contestants will need nerves of steel as they determine whether to cash out or physically Walk The Line and risk it all to stay in the competition.

Maya Jama will front the show, which she has called her “childhood dream.”

And the exciting new show is just days away from airing on our screens, it’s been confirmed.

Walk The Line will start on Sunday, December 12 at 8pm on ITV and ITV Hub.

The six-part series will then air each evening throughout the week, also at 8pm, with the grand finale set for Friday, December 17.

What is Walk The Line about?

Each Walk The Line sees musical acts (including solo, duo and group acts) perform in front of the panel of celebrity judges in the hopes of impressing them and being named one of the top performers of the evening.

However, “to win the money, talent alone isn’t enough”, and the top two performers of the night can choose to either cash out and take a tempting cash prize or “walk the line” and keep playing.

The act that finishes at the top of the leaderboard then progresses to the next night’s show, where they will face a new line-up of performers.

The longer they can stay in the competition, the bigger the prize pot.

While it isn’t yet known what exactly “walking the line” entails, ITV have hinted at a tightrope being involved, so contestants will need to have nerves of steel if they are to win big.

What have the judges said?

Speaking in an ITV press release, Alesha said: “When Simon first told me about the format, I couldn’t wait to see it come to life.

“Now to add being a part of it alongside Gary, Craig, Dawn and Maya is very exciting.

“Walk The Line has all the components to make great TV, it’s always a joy to find new talent, let the games begin!”

Dawn added: “I’m far too excited to be part of this show – I’ve decided to wear double knickers at all times.”

Of his involvement, Craig said: “Walk The Line is innovative, new and edgy which is why I’m so excited to be working on this show!

“I’m really vibed by the quality of the contestants I’ve seen so far and love that they have the chance to bet on themselves every step of the way.”

Meanwhile Maya hailed the gig as a “childhood dream.”

She said: “This has been a childhood dream of mine. I remember watching shows created by Simon when I was younger, and to be given the opportunity to host one myself… it has definitely been a pinch me moment.

“I’ve been itching to tell everyone about it – expect some first class entertainment and truly incredible singing talent.”

Walk The Line starts on Sunday, December 12 at 8pm on ITV and ITV Hub