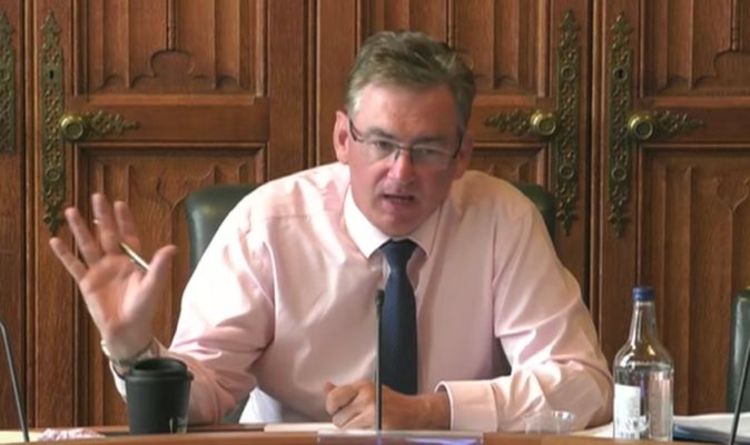 Lord Hall, former director-general of the BBC was brutally slapped down while answering questions from MP’s as part of an investigation into the handling of the Martin Bashir scandal. Following the damming Lord Dyson report which found the BBC had tried to cover up how the disgraced journalist had forged documents to secure a world exclusive interview with the late Princess Diana, Lord Hall desperately tried to defend his record. But despite his efforts, he was torn apart by Julian Knight, a former BBC journalist, who questioned why multiple investigations were necessary despite evidence piling up on the desks of BBC executives that a breach of conduct had taken place.

Julian Knight asked: “You very quickly went through the first investigation – the one by Mr Garden.

“As head of programming he, as I understand it, actually wrote in his own handwriting a description of what Mr Bashir had done, including creating fake documents.

“That was then sent to your office, what did you do as a subsequent to that? Surely that is evidence enough is it not and that really to be honest with you, why on earth did you need to go into a second one (investigation.)?

“You should have had him in the office and asked: ‘Did you fake documents’, if the answer is yes, there’s the door – get out!”

Lord Hall went on the desperately defend his position on the multiple investigations the BBC carried out in Martin Bashir’s conduct.

He said: “Tim Garden left his report before he went off to Channel 4, at that point I set up a fresh inquiry into what Martin Bashir had done with the documents, why he produced those documents and to examine whether or not…

But Mr Knight interjected: “Sorry Lord Hall, were you aware at that point that he had faked the documents?”

Lord Hall replied: “We knew in December that he had faked some documents.”

But Mr Knight furiously hit back saying: “How many documents being faked is acceptable to the BBC?! Is it just one or is it a plethora of documents?

“Because I’ll be frank with you and as a former BBC journalist myself, back in the midst of a time in Italy, I am almost speechless at the idea that anyone at the BBC could be found to have faked documents by a senior manager.

“That information to have been passed on to yourself and then not face instant dismissal! That is absolutely crazed!

“It is completely against the ethos of the BBC!”