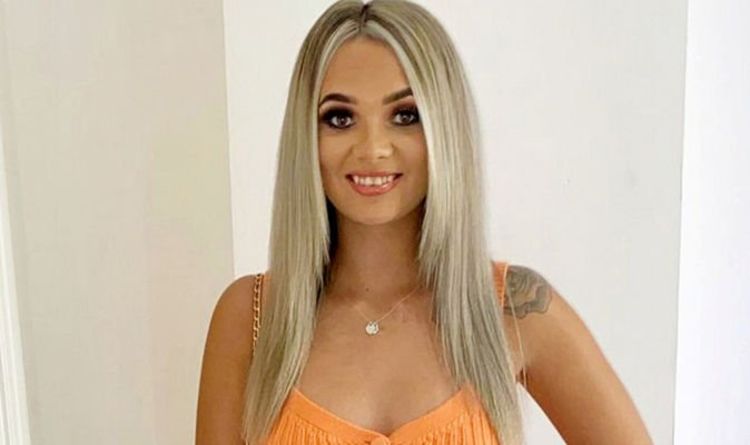 Courtney Harrison has shown her support for the Three Lions by having “It’s coming home 2021” inked onto her ankle. The 22-year-old is so sure in the England team that she got the tattoo done on July 6, a day before England took on Denmark at Wembley and secured themselves a spot in the final.

Alongside the well known words, Ms Harrison got a drawing of the England flag permanently etched onto her skin.

The phrase, taken from the hit song Three Lions by David Baddiel, Frank Skinner and the Lightning Seeds band, was penned ahead of Euro 1996 and has become synonymous with supporting the England football team.

Ms Harrison, who is from Workington, Cumbria, explained that the tattoo was a “spur of the moment” decision when she was driving home from work.

She added: “I don’t even like football, I’d never watch the Premier League or anything, but when it’s the Euros or the World Cup everyone gets into it don’t they?

“I thought if I get this tattoo I might give the lads a bit of luck – and it seems to have worked so far.

“Watching the game last night was so tense, knowing that I have ‘it’s coming home’ branded onto my skin made me want them to win so much more.

“I couldn’t take my eyes off it, you would have thought I was an actual fan.”

The tattoo was something Ms Harrison had been discussing with friends, though they all agreed to only get one if England won the tournament.

“My friends think I’m mad as well, although a few of them are thinking of doing the same thing before the final.”

If the worst happens, Ms Harrison confirmed that she has a trick up her sleeve to improve the permanent artwork on her body.

She said: “If we lose I’m going to get the word not added between ‘it’s’ and ‘home’ with a little arrow, so it will say ‘it’s not coming home’.

“I’m going to look a bit silly if we don’t do it now but at least I’ll have a funny story to tell.”